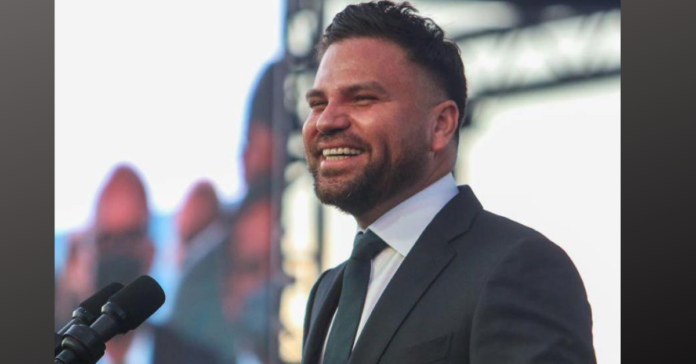 A mayor in Puerto Rico plead guilty to a kickback scheme centered around contracts worth $10 million handed out to an asphalt company. Félix Delgado was mayor of the north coastal town of Cataño until he resigned Tuesday and made a deal with the Feds. He will be sentenced in March 2022. He faces up to five years in prison.

DOJ said: “A mayor pleaded guilty yesterday in Puerto Rico on a criminal charge related to his involvement in a bribery conspiracy in which he received weekly cash payments in exchange for awarding municipal contracts to “Company A.” In a separate indictment, a businessman was arrested today on criminal charges related to his alleged involvement in a scheme to bribe the mayor.

Félix Delgado-Montalvo, 40, was the mayor and highest-ranking government official in the municipality of Cataño.  According to court documents, Delgado-Montalvo unjustly enriched himself by accepting things of value, including cash payments, from “Person A,” whose business, Company A, would then benefit by being awarded municipal contracts.

Delgado-Montalvo pleaded guilty to one count of conspiracy.  He is scheduled to be sentenced on March 8, 2022, and faces a maximum penalty of five years in prison. A federal district court judge will determine any sentence after considering the U.S. Sentencing Guidelines and other statutory factors.

A separate indictment returned yesterday, alleges that beginning in or around June of 2017, Mario Villegas-Vargas, 42, of Gurabo, who owned an asphalt and paving company in Puerto Rico with “Individual B,” paid kickbacks and bribes to Delgado-Montalvo.

In exchange for those payments, Delgado-Montalvo exerted his influence on municipal officials in Cataño to ensure that Villegas-Vargas’s business was awarded municipal contracts.

The indictment alleges that Villegas-Vargas’s bribe payments and his efforts to conceal those payments resulted in his business being awarded over $9.9 million in municipal contracts in Cataño.

A federal district court judge will determine any sentence after considering the U.S. Sentencing Guidelines and other statutory factors.

I would like to thank the dedicated efforts and support of the FBI and the Department of Justice’s Public Integrity Section in these cases.”

“Public corruption takes resources away from those who need it most and into the pockets of those who are sworn to serve the people.

This behavior hurts the people’s trust in our institutions and undermines the work of honest officials who genuinely want to make a difference,” said Joseph González, Special Agent in Charge of the FBI in Puerto Rico.

“This is why we will not allow this kind of behavior to go unpunished. There is still much work to be done and I want to thank our local partners for their assistance in this case and continued support of the FBI mission.”

Félix Delgado, mayor of Cataño, Puerto Rico, pleaded guilty to conspiracy to commit bribery & receive kickbacks. He awarded 50 contracts to an asphalt company & in return got 5 luxury watches & more than $100,000 cash, from 2017 to 2021, prosecutors says. https://t.co/HBRXsDKNNV