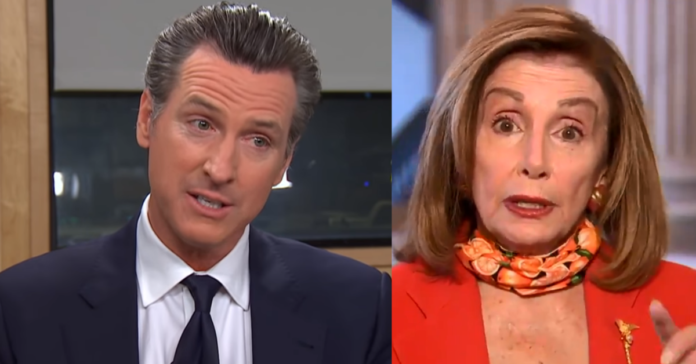 “It’s probably one of the most important efforts I have worked on in over 40 years of campaign efforts,” Rescue California campaign manager Anne Dunsmore told Fox News today on the effort to remove Gavin Newsom from office.

Dunsmore said they have between 2,000-3,000 active volunteers on the ground working on the recall effort.

“The citizen movement on this is really something to see and you have to see it to believe it,” Dunsmore said of the effort that has already passed the key half-way threshold and now has 820,000 signatures out of a needed 1.5 million.

“Rescue California is sort of an auxiliary group. We sort of have been referred to as the calvary on this. We original petitioners are an incredibly strong group of volunteers that started this effort in February and actually got on the ground in June, collecting signatures.”

“This governor is his own worst enemy, and every day he does something more that puts him deeper and deeper into controversy, and he’s become a problem here in California. He shut down the fifth-largest economy in the world the last nine months, and every single person out there in California should be outraged by that.”

“So, what we’ve done is organize the Republican efforts, specifically, because of the victories that we appreciated in California and November with about a quarter of the nationwide take back seats in the U.S. House of Representatives came from California and a number of ballot propositions were also went in our favor as well,” Dunsmore said.

“And those that have slightly survived this turmoil are fleeing this state and even the corporate giants are leaving. It’s not sustainable. It’s going to end up hurting, his tax base is basically being obliterated.”

Witnesses from the restaurant say that at one stage, the doors were closed so the group was completely inside.

Randy Economy, a senior adviser to the recall effort, said there was an outpouring of public anger after Newsom’s restaurant debacle last month with several hundred thousand petition signatures being signed since.

‘It has resonated,’ he said. ‘It’s about the arrogance of power.’

Newsom apologized for the dinner and said at the time: ‘I made a bad mistake. I should have stood up and … drove back to my house.

‘The spirit of what I’m preaching all the time was contradicted. I need to preach and practice, not just preach.

‘You have to own it, and you have to be forthright and I’m doing my best every single day in trying to model better behavior.’