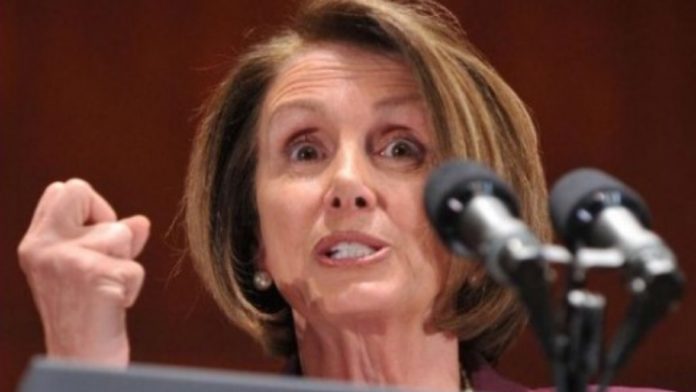 There is a mess going on in North Carolina and the vote frauds concerns are being investigated. The state has not certified the election so some of the hysteria coming from the left may be premature.

It does seem there was a bad seed political operative who allegedly committed fraud in GOP primaries for years as well as against the Democrat in the last general election.

This character has been lurking around since 2010 as a country official and political operative for hire.

He had an incredible record of wins for candidates in the rural Bladen County and now it appears we know how he did it.

From NBC: “House Democratic Leader Nancy Pelosi says the chamber could take the “extraordinary step” of calling for a new election in a North Carolina congressional district if the winner is unclear amid allegations of voter fraud.

Pelosi said Thursday the House “retains the right to decide who is seated.”

She said, “any member-elect can object to the seating and the swearing-in of another member elect.”

It’s “bigger than that one seat,” she said, but about the “integrity of elections.”

A spokesperson for Speaker Paul Ryan, AshLee Strong, told NBC News: “There is an ongoing investigation by state officials, and the speaker believes that is appropriate.”

The state is looking into this serious case and nothing has been certified so it is too early to be dropping these threats, we should let the process work but there does something does seem fishy in this election and we need to solve it because we cannot have voter fraud.

From The Hill: “The House Administration Committee will have full investigative authority to determine the winner of the election,” Pelosi said. “And … only if it’s impossible to determine who the winner is, would we take the extraordinary step of calling for a new election.”

The midterm results in North Carolina’s 9th District have been the cause of controversy, since a number of voters have emerged with sworn statements saying that their absentee ballots were hand-collected by canvassers, which is prohibited in the state.

Fueling suspicions of foul play, several people have come forward claiming they were paid by a GOP campaign operative — a convicted felon — to collect those ballots illegally.

The Republican candidate in the race, Mark Harris, has a 905-vote lead over Democrat Dan McCready. But the state board of elections has refused to certify the results, citing election “irregularities.” The board is expected to meet before Dec. 21 to decide a path forward.