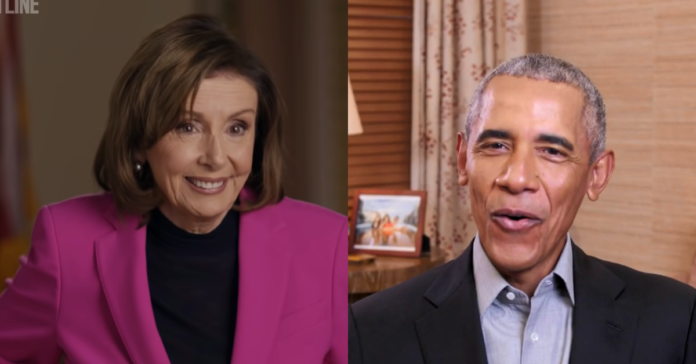 A new book, “This Will Not Pass,” by New York Times reporters Jonathan Martin and Alexander Burns is spilling the beans about President Joe Biden and his relationship with Barack Obama and Kamala Harris.

In the first few months of his presidency, before Biden had done anything catastrophic, which he soon would do and make the conversation moot, Biden was riding high in the polls, and with the media who were calling him the next great progressive leader up there with FDR and LBJ.

Biden told an adviser according to the book: “I am confident that Barack is not happy with the coverage of this administration as more transformative than his.” Speaker Nancy Pelosi, who the book claims was in regular contact with former President Barack Obama during this time agreed:

“Obama is jealous of Biden,” she told a friend the authors report.

“Obama and Biden spoke by phone occasionally, but not often,” the authors write. “Their conversations were friendly and supportive, but hardly the stuff of the tight brotherhood both men had sold to the country as a cheery political fable.”

“The former president felt [Biden aides and congressional Dems like Chuck Schumer) were unfairly disparaging his record,” the authors claim.

“Obama did not think he and his team had been played for fools by Republican senators, nor did he think the stimulus law he negotiated was such an obvious failure.

“You know, he told one former administration official, it was a different world in 2009.”

An Obama confidante pushed back on one claim in the book that Barack was not on board with the VP pick:

“He did not counsel Joe Biden against putting an African American on the ticket.

“On the contrary, he was very firm with Joe Biden that he needed to pick someone he was very comfortable with and didn’t put his finger on the scale.

“His role was to serve as a sounding board for Biden.”

“We respect that there will be no shortage of books written about the administration containing a wide variety of claims.

“We don’t plan to engage in confirmations or denials when it comes to the specifics of those claims.”

The authors also claim Biden snapped at Harris during a meeting with GOP leadership about the infrastructure bill so harshly “even Republican Senators were taken aback.”

The authors say Kamala “began to make the case for a larger package than the one Republicans seemed to have in mind” when “Biden dismissed her comment immediately” so firmly “that even the Republican senators were taken aback.”

“Some of Harris’s advisers believed the president’s almost entirely white inner circle did not show the vice president the respect she deserved.

“Harris worried that Biden’s staff looked down on her; she fixated on real and perceived snubs in ways the West Wing found tedious.”