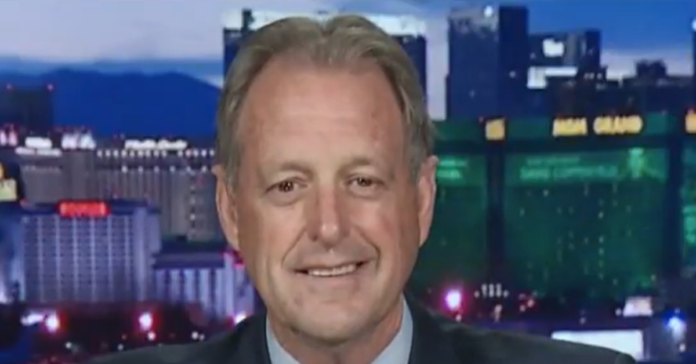 He told Fox News, “They had an election recently for leadership, and four of the five people were card-carrying members of the Socialist Party. It’s not the party that I grew up with 25 years ago in this environment, and it’s not the party I can stand with anymore.”

“That is not the agenda that I have in mind for this country of the future.

“When you’re a pro-life Democrat, a pro-gun Democrat, and you’re a very conservative person, that’s not really well known in the Democratic Party anymore.

“And so for me to hang on as long as I did, hoping the party would change, it didn’t, it got worse.

“So, therefore, I found a new place that I can put my allegiance to and help.

“Once again, forget about the last eight years. It’s the next four years that predict the future.

Lee revealed his switch on Fox News and followed with a statement through his political committee explaining his decision.

He said that while he was previously a registered Democrat, he voted for former President Donald Trump twice and has long-held conservative values, like supporting gun rights.

“Though I’ve been a registered Democrat on paper my entire life, I made the switch in my heart a long time ago, because on some things, there’s simply no compromise,” Lee said.

He also blamed the new slate of progressive leadership at the Nevada State Democratic Party as one of the reasons for his switch.

Today, I switched political parties. The Democratic Party is broken. It’s time to bring people together to get things done. It’s time to stop shouting and start solving problems. pic.twitter.com/PUDf5frc5D

Excited to have Mayor Lee join our party! He shares our values in protecting life, defending the 2nd amendment, and fighting for working families.

You can update your voter registration here ➡️ https://t.co/cL0iCSBHfPhttps://t.co/xKCJHfr7lp

It's official. The switch is on! pic.twitter.com/YuemifyHBY