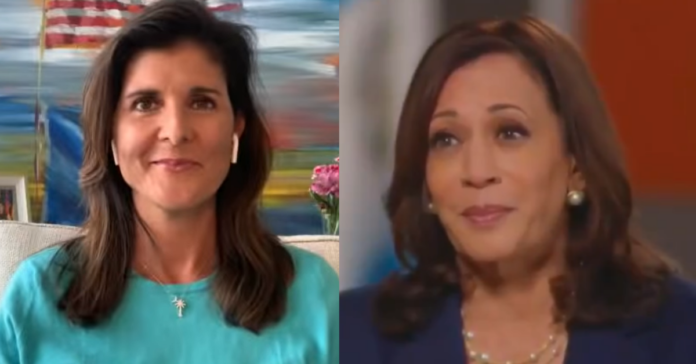 Former U.N. Ambassador Nikki Haley dropped the hammer on Kamala Harris after her disastrous press interview where she tried to explain why she has not visited the border and turned a minor issue into a full-blown crisis for the VP’s political future. Whoever is advising Kamala better get moving because the longer this lasts the more it is going to hurt her and not just now but when she tries to run in 2024.

“This is embarrassing,” Haley said before adding, “Any leader knows you can’t fix what you can’t see. She hasn’t been on the ground, she hasn’t talked to Border Patrol—she doesn’t know what is happening there. They think that if they don’t go it won’t be real. It’s very real. No one has given her the job of Europe. She’s got the job of the border. You know what says do not come—when you show up at the border and you really have actions speak louder than words.”

Sen. Ted Cruz (R-Texas) blasted Kamala as well saying, “It seemed like a hostage video she was just reading the words. Everything that she has said, everything Joe Biden has said, and more importantly everything Joe and Kamala have done has sent exactly the opposite message.

“We have a border crisis on the southern border, come to Texas, come to the Rio Grande Valley, come to McAllen, come see the cages that the Biden-Harris administration has built.

“And then even more importantly, stand up and be willing to enforce our laws to fix it, because that’s not what they’re doing right now,” Ted said.

Below is the NBC interview that has Vice President Kamala Harris in water.

Holt wasn’t buying the spin and asked, “You haven’t been to the border.”