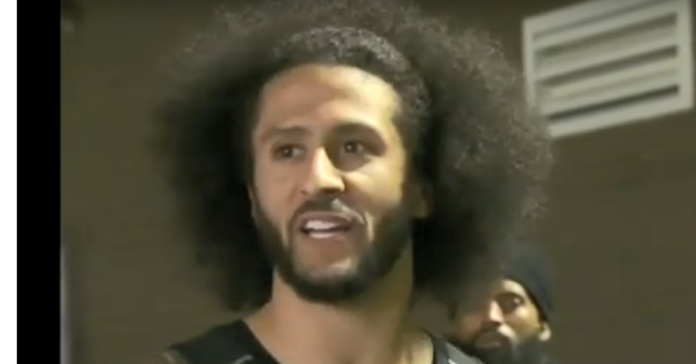 Colin Kaepernick got some bad news today from a bombshell report in Pro Football Talk that claims Colin won’t be getting an NFL job offer anytime soon.

The report goes into detail about how the initial interest from multiple teams after the George Floyd tragedy was nothing but fake interest for PR purposes. Ouch.

And some of his fans and supporters in the media are pissed. It should be noted that we don’t know if Colin even wants to play – he had been offered a chance in Denver a few years ago and he had a tryout in Atlanta last year he turned into a media circus.

In the aftermath of George Floyd’s murder, a sense emerged that Colin Kaepernick was right all along, and that the process of moving forward would necessarily entail putting Kaepernick back in the NFL. The momentum was palpable, at least for a little while.

The news that the Eagles will pay 41-year-old quarterback Josh McCown $12,000 per week for what amounts to a no-show, quarantine quarterback job underscores the widespread lack of interest in Kaepernick. Although the Eagles have made that arrangement with McCown because he’s familiar with the offense from spending 2019 with the team, more than a few of the other 31 teams could justify offering Kaepernick a similar emergency position based on the team’s offense and his skill set.

Details on Kaepernick and #Nike:

– It’s wide endorsement. He’s going to have his own branded line. Shoes, shirts, jerseys, etc. There will be Kaepernick apparel.

– Contract is a “star” deal on par with a top end #NFL player. Millions per year. Star deals also include royalties.