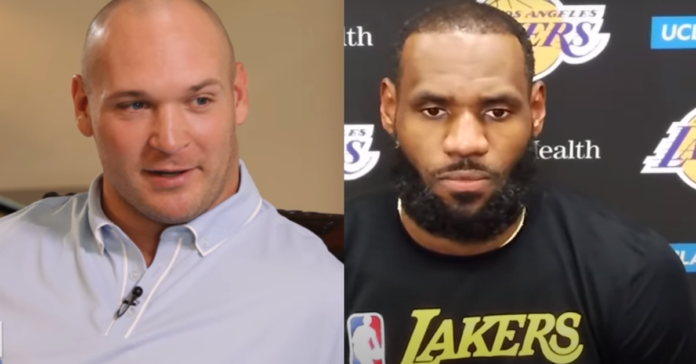 Hall of Fame NFL linebacker Brian Urlacher ripped the hapless and overdramatic NBA after players postponed some days of games in the playoffs over a tragic shooting.

The players are debating whether to boycott the rest of the playoffs although it seems cooler heads have prevailed.

Urlacher was inducted into the Pro-Football Hall of Fame in 2018. He led the Chicago Bears to the Super Bowl and spent a 13-year career as a top player on the league.

He took to Instagram Thursday afternoon and called out NBA players for failing “in the face of adversity.”

“Brett Favre played the MNF game the day his dad died, threw 4 TDs in the first half, and was a legend for playing in the face of adversity,” Urlacher posted.

“NBA players boycott the playoffs because a dude reaching for a knife, wanted on a felony sexual assault warrant, was shot by police.”

Look there no easy answers to this although LeBron thinks he can conjure them. The only real way to change anything in this country is do what the Tea Party did.

They organized and went tried to get elected or appointed to positions of power on the local level as well as the national level.