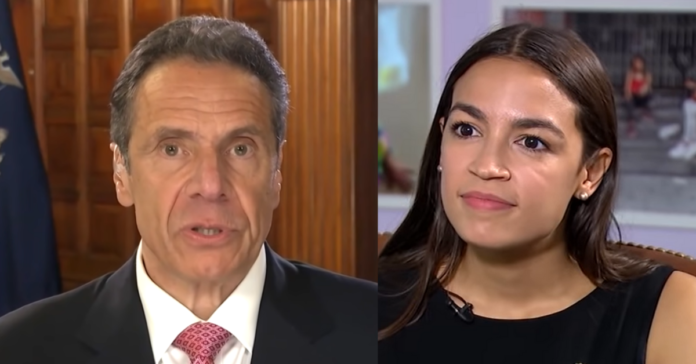 New York just doomed the Democrats in 2022. The state will give one-time payments of up to $15,600 to undocumented immigrants who lost jobs during the pandemic. The state has set aside $2.1 billion for the effort.

“The question is not, do you help these workers, it is how do you do it and how do you structure it in a way where it is defensible in these districts,” said Bruce Gyory, a Democratic political consultant predicting the GOP will use this vote as a hammer and not just in New York (as we saw with the defund the police debacle).

“That number would resonate with people saying, ‘Wow, I struggled through this whole pandemic, I’ve followed all the rules, have paid taxes and done everything I’m supposed to be doing,’” said William A. Barclay, the Republican minority leader in the Assembly.

“To deny excluded workers benefits after we relied on them to get us through this historically difficult year would be immoral and unjust,” said Michael Gianaris, a Democrat and the deputy majority leader in the Senate.

It is hard to quantify the number of undocumented families living in New York, but the left-leaning Fiscal Policy Institute said Wednesday that the fund could benefit as many as 290,000 people statewide.

Undocumented workers could receive up to $15,600, the equivalent of $300 per week for the last year, if they can verify that they were state residents, ineligible for federal unemployment benefits and lost income as a result of the pandemic.

Others who can prove at least their residency and identity, and provide some work documentation, could be eligible for a lower sum up to $3,200.

The proposal found support in the Democratic-controlled State Senate and Assembly, especially among progressives who had argued for relief for more than a year. In the months leading up to the budget deadline, undocumented immigrants sought to draw attention to their cause.

Protesters gathered outside Gov. Andrew M. Cuomo’s office and shut down bridges, carrying hard hats, pots and pans, and brooms and mops — the instruments of the jobs they had held — along with banners saying, “Our Labor Saved Lives.” And as the measure neared approval, about a dozen supporters who camped around a Manhattan church staged a three-week hunger strike that ended Wednesday.

Over the weekend, as an agreement around the fund materialized, it drew forceful denunciations from state Republicans, who described it as the latest “outlandish development” of one-party rule in Albany. The state also passed tax increases on the wealthy, meaning New York City millionaires would soon pay the highest personal income taxes in the nation.

New York will offer one-time payments of up to $15,600 to undocumented immigrants who lost work during the pandemic. The effort — a $2.1 billion fund in the state budget — is by far the biggest of its kind in the U.S. https://t.co/NT8NZy3V9r