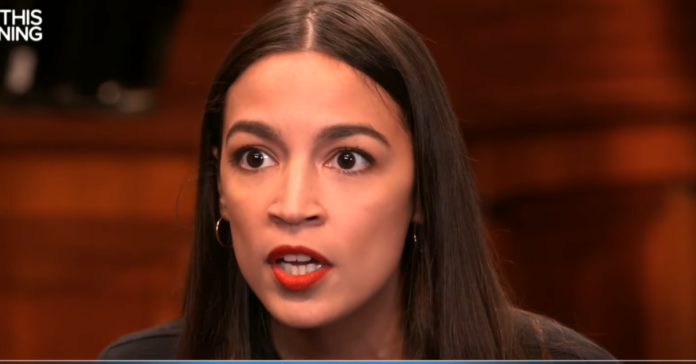 Redistricting in the United States is the process of drawing electoral district boundaries. A congressional act enacted in 1967 requires that representatives be elected from single-member districts, except when a state has a single representative. Each state can set its own rules for Congressional and legislative districts.

This year, as in 2010, this process favors the GOP who controls more state governments than do the Democrats.  Everyone gerrymanders which could lead to a problem for AOC. She is not well-liked within the New York Dem establishment because she is a threat. She took out a big establishment Dem player and has tried to encourage others to do the same.

New York is losing a Congressional seat so the power players in Albany will do their best to send as many Dems to Washington as possible. But they may have to compromise and when they do they will take care of their friends and may leave people gthey view as threats, like AOC, on the outside looking in.

From Townhall: It was a rather alarming piece of news regarding congressional reapportionment. Blue states are losing seats and red states are gaining them. The Trump bastions are increasing their clout in Congress. How dare people move to states that are friendlier to their pocketbooks.

This is happening and New York is about to lose a congressional seat. Who will get the axe? Will it be Alexandria Ocasio-Cortez? We’ve discussed how her biggest enemy isn’t Republicans, it’s the New York Democratic Party who aren’t too keen to her brand of politics. She might be eyeing launching a primary challenge against Chuck Schumer. She could run for governor.

For Ocasio-Cortez, the sky is the limit, and while she might challenge Schumer anyway, keeping her district from the shredder could entice her to sit out 2022, maybe. Axing her district would release her into the wild where she’s more unpredictable.

She very well could run in a neighboring district and win. Who knows? But why is this happening in New York? Why are they losing a seat? The liberal media can point to Gov. Andrew Cuomo.

Many in New York are blaming Governor Cuomo and his absolutely disastrous handling of the pandemic that led to so many thousands of unnecessary deaths for the loss of the seat. Has Cuomo not botched sending seniors back to nursing homes with COVID, the state probably would not be in this position. As it stands they fell 89 people short.

New York’s congressional delegation will shrink by one seat after the 2022 election, the Census Bureau announced on Monday, but the state came excruciatingly close to snapping an eight-decade streak of declining representation in Washington: It was 89 residents short, to be precise.

The figure, revealed during the Census Bureau’s announcement of which states would gain and lose seats in the House of Representatives after the decennial population survey, meant that if New York had counted 89 more people last year than the 20,215,751 who were tallied, it would have held on to the House seat. Instead, it went to Minnesota, which came close to losing a seat.

It was the narrowest margin by which a state lost a seat in the modern era, according to census data. The next closest call was in 1970, when Oregon fell short by 231 residents.

And it means that New York’s congressional delegation will continue a steady decline in size that began in the 1940s, when the state boasted 45 members of the House. Now it will have only 26.

Very weird how some pieces of the online Left have turned on AOC.

If not her, who the hell else are they going to back at the national level? https://t.co/l9FNlutM5d