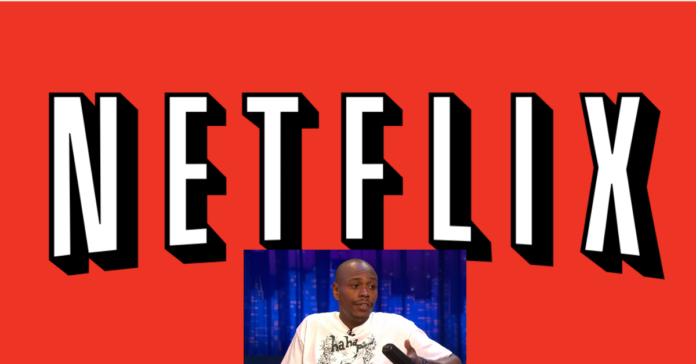 Netflix is telling its woke employees to finally go pound sand in an updated company ‘culture’ memo. Netflix has been hit by some very loud protests from only a handful of woke employees and they are finally taking back control of the asylum from the inmates.

The updated Netflix Culture memo has a new section called “Artistic Expression.” Netflix says the company will not “censor specific artists or voices” even if employees whine that the content is “harmful.”

“If you’d find it hard to support our content breadth, Netflix may not be the best place for you,” the company is finally telling employees. A few years and billions in stock price late but it is the only way forward – more freedom not less – through these uncertain times.

“Entertaining the world is an amazing opportunity and also a challenge because viewers have very different tastes and points of view.

“So we offer a wide variety of TV shows and movies, some of which can be provocative,” the new section reads.

“To help members make informed choices about what to watch, we offer ratings, content warnings and easy to use parental controls.

“Not everyone will like — or agree with — everything on our service.

“While every title is different, we approach them based on the same set of principles:

“We support the artistic expression of the creators we choose to work with;

“We program for a diversity of audiences and tastes;

“And we let viewers decide what’s appropriate for them, versus having Netflix censor specific artists or voices,” the memo says.

Most of this appears to center on the controversy over a comedy special by Dave Chappelle that Netflix put out.

In it, he made a few relatively mundane transgender jokes. Of course, he also made Jewish jokes and took a variety of other shots are other demographics. That’s what comedy is, and the idea that certain groups are off-limits is not something Chappelle is ever going to abide by.

But the trans jokes led to a “trans walkout” and other protestations from Netflix employees.

At the time, the CEO came out and defended Chappelle before bending the knee, attempting to coddle the woke employees that were lashing out by seeking an ill-advised middle ground.

Once that financial collapse happened, though, it looks like a sudden change in direction happened.

You can imagine that the board of directors and the shareholders were none too happy with seeing their company burn to the ground in order to make a small minority of far-left activists happy.

Before his death last September, comedian Norm Macdonald filmed one final stand-up routine alone in his living room. Now, that performance is coming to Netflix. https://t.co/BFHbdkMQKM