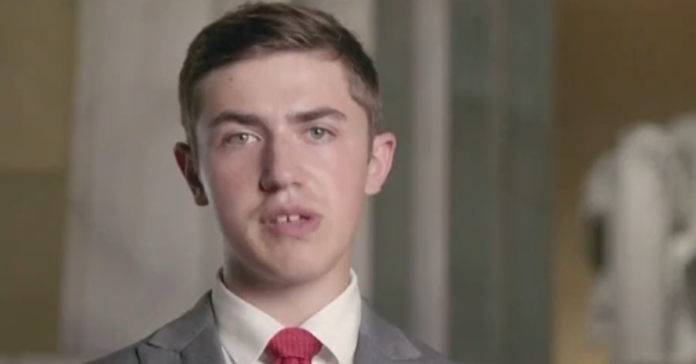 Nick Sandmann just got another win over a media company that smeared him. He announced he reached a settlement with NBC. This is the third media company Sandmann has reached an agreement with after he sued multiple news outlets for defamation.

Hopefully, Kyle Rittenhouse is watching this if he has not already spoken to Nick about how to take down the corrupt corporate media. What they did to Nick was a disgrace but what they did to Kyle is beyond the pale.

No one knows how much cash Nick got from the settlements but Kyle will surely get more. Nick wrote an open letter to Kyle before his acquittal offering to help him sue the media.

At this time I would like to release that NBC and I have reached a settlement. The terms are confidential.

“The parallels between me and Kyle Rittenhouse are impossible not to draw. Kyle wasn’t given his day in court by his critics. And neither was I.

“They want to get the story first, get the most views, make the most money, and advance the agenda from liberal patrons.

“In our hyperpolarized society, the first impression of Kyle has been set in stone, probably for the rest of his life.

“From my own experience, the death threats, feeling of no future ahead, and that millions of people hate you, is enough to alter you in many concrete ways and permanently.

“With Kyle’s name dragged through the mud, and the clear effect it is having on him, many have started to ask the question whether Kyle should sue for defamation.

“If Kyle is prepared to take on another burden in his early life, with the acceptance that it might result in nothing, I answer, give it a shot and hold the media accountable,” Sandmann says. “From my own experience, I know that this cannot be easy for Kyle. While I have waited to comment on the facts of Kyle’s case until the trial ends. I cannot hold back on the media’s public execution of him before the trial has concluded.

“The way the media has treated you is terrible, and you don’t have to face it alone.”

NewsBusters managing editor Curtis Houck wrote that CNN settled with Sandmann “for an undisclosed amount after they tried to ruin his life” but the liberal cable network “had help with blackouts” from ABC CBS and NBC.

Law school professor William A. Jacobson told Fox News that CNN agreeing to settle is a “rare example of a ‘little guy’ being able to stand up to a media behemoth” and estimated the deal was worth at least seven figures. However, viewers who rely on network news would have no idea.