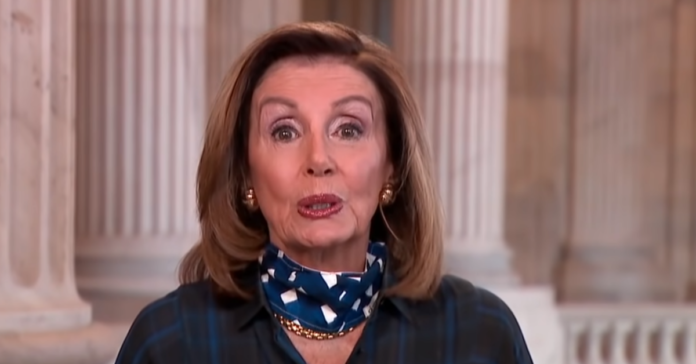 U.S. Speaker of the House Rep. Nancy Pelosi (D-CA) and her husband Paul, a wealthy investor, are feeling the heat from all sides after their financial disclosure revealed recent stock purchases that raised some eyebrows in DC.

Nancy Pelosi made some stock purchases last month that are raising a host of ethical questions about how Congresspeople should be allowed to buy and sell stocks.

Congress, in the last two years, has had to deal with the ethical concerns of stock ownership after multiple Senators were investigated (and cleared) over stock purchases that raised questions about the timing of the buy and if the Senators were privy to information the public was not.

The problem with Congress is they set their own rules – that is why they will never approve term-limits or make rules that restrict how they can profit in office.

In December, Rep. Pelosi, the Speaker of the House, purchased 25 call options of Tesla stocks, along with a few other stock purchases.

Why does this matter? Because under the Biden administration’s new agenda, with its focus on environmental protections and combating climate change, Pelosi could benefit financially from those political plans.

President Joe Biden is currently encouraging the purchase of electric vehicles, and that could mean lifting the cap on sales, providing tax credits to buyers, and a potential program incentivizing people to trade in used vehicles to buy an electric one.

Biden also announced on Monday that he would be replacing the entire fleet of 645,000 federal vehicles with electric ones.

This could create a conflict of interest, as part of Pelosi’s job will include working to pass these environmental and clean energy initiatives — initiatives from which her family now stands to profit handsomely.

Pelosi (or her husband, Paul, who runs a venture capital firm) purchased call options at a stake price of $500.

Questions of whether it’s ethical for members of Congress to buy and sell stock are not new.

Last year, former Georgia Senator Kelly Loeffler was accused of insider trading and profiting off the coronavirus pandemic when she sold between $1.275 million and $3.1 million in stocks right after being briefed in January 2020 about the seriousness of the virus.

In June of 2020, the investigation was dismissed by a Senate ethics panel. And since then, Loeffler lost her seat in the Senate to Democrat Raphael Warnock.

Another former Georgia Senator, David Perdue, was also criticized for potentially unethical stock purchases during the six years he spent in Congress.

The Republican was investigated by the Justice Department for his stock market activity, though no wrongdoing was found (he, too, lost his recent re-election campaign to a Democrat, Jon Ossoff).