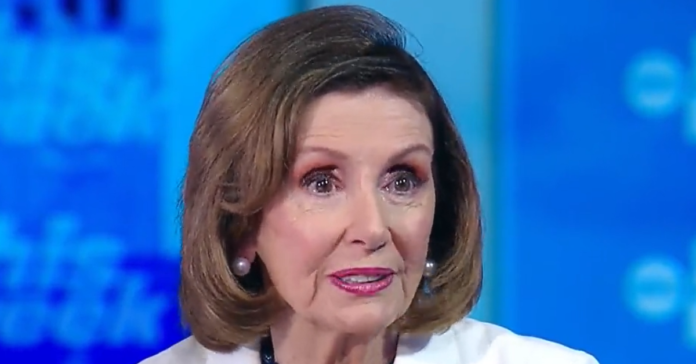 Michael Barber of the Diocese of Oakland said: “I support @ArchCardileone in the heroic and compassionate stance he took today in the protection and defense of human life. As @Pontifex said, ‘Every child who, rather than being born, is condemned unjustly to being aborted, bears the face of Jesus Christ.’”

Diocese of Santa Barbara:  “Bishop Robert Vasa said on May 20 that he spoke to the pastor of St. Helena Catholic Church in St.Helena, a parish that Pelosi reportedly attends on occasion,” the report stated. Vasa said, ‘I have visited with the pastor at St Helena and informed him that if the Archbishop prohibited someone from receiving Holy Communion then that restriction followed the person and that the pastor was not free to ignore it. The new Canon (1379 §4) makes it clear that providing sacraments to someone prohibited from receiving them [has] its own possible penalties,’” he said.

Archdiocese in Denver: “I support and commend my brother bishop, Archbishop Cordileone, for making this courageous, compassionate, and necessary decision. Read my full statement:”

Diocese of Springfield: “I fully support and earnestly commend Archbishop Cordileone’s action in regard to Speaker Pelosi. All politicians who promote abortion should not receive holy Communion until they have repented, repaired scandal, and been reconciled to Christ and the Church.”

I support and commend my brother bishop, Archbishop Cordileone, for making this courageous, compassionate, and necessary decision. Read my full statement:https://t.co/lrPvvRjBbP https://t.co/jOOIZafbRr

Archdiocese of Oklahoma City: “I applaud the courage of Archbishop Cordileone and his leadership in taking this difficult step. Let us continue to pray for Abp. Cordileone, priests of the Archdiocese of San Francisco, Speaker Pelosi, for the protection of the unborn, and for the conversion of hearts and minds.”

Diocese of Spokane: “After many attempts to engage speaker Nancy Pelosi in a conversation about her support for abortion, Archbishop Salvatore Cordileone has announced that speaker Pelosi is to refrain from receiving holy communion until she answers the call to repentance.”

Cordileone wrote: “A Catholic legislator who supports procured abortion, after knowing the teaching of the Church, commits a manifestly grave sin which is a cause of most serious scandal to others. Therefore, universal Church law provides that such persons ‘are not to be admitted to Holy Communion.’

“Should you not publicly repudiate your advocacy for abortion ‘rights’ or else refrain from referring to your Catholic faith in public and receiving Holy Communion, I would have no choice but to make a declaration, in keeping with canon 915, that you are not to be admitted to Holy Communion.”

He says that since he wrote her the letter on April 7 that she has not responded and so she is banned.

“After numerous attempts to speak with her to help her understand the grave evil she is perpetrating, the scandal she is causing, and the danger to her own soul she is risking, I have determined that the point has come in which I must make a public declaration that she is not to be admitted to Holy Communion.

“Unless and until she publicly repudiates her support for abortion ‘rights’ and confess and receive absolution for her cooperation in this evil in the sacrament of Penance.”\

“Therefore, in light of my responsibility as the Archbishop of San Francisco to be ‘concerned for all the Christian faithful entrusted to [my] care” (Code of Canon Law, can. 383, §1), by means of this communication I am hereby notifying you that you are not to present yourself for Holy Communion and, should you do so, you are not to be admitted to Holy Communion, until such time as you publically repudiate your advocacy for the legitimacy of abortion and confess and receive absolution of this grave sin in the sacrament of Penance.”

I applaud the courage of Archbishop Cordileone and his leadership in taking this difficult step. Let us continue to pray for Abp. Cordileone, priests of the Archdiocese of San Francisco, Speaker Pelosi, for the protection of the unborn, and for the conversion of hearts and minds. https://t.co/Nw4jH25sHy