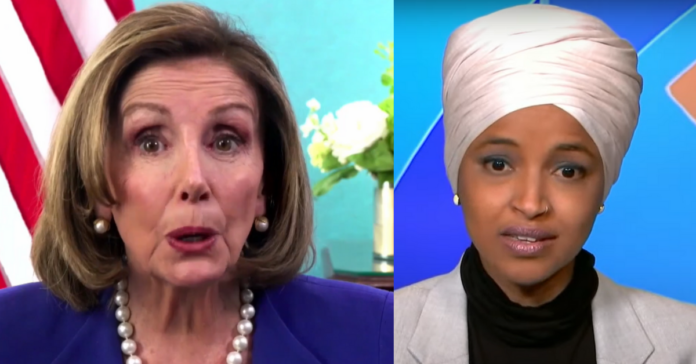 “Legitimate criticism of the policies of both the United States and Israel is protected by the values of free speech and democratic debate. And indeed, such criticism is essential to the strength and health of our democracies,” they wrote.

“But drawing false equivalencies between democracies like the U.S. and Israel and groups that engage in terrorism like Hamas and the Taliban foments prejudice and undermines progress toward a future of peace and security for all,” the statement said.

“We welcome the clarification by Congresswoman Omar that there is no moral equivalency between the U.S. and Israel and Hamas and the Taliban,” they wrote.

“On Monday, I asked Secretary of State Antony Blinken about ongoing International Criminal Court investigations. To be clear: the conversation was about accountability for specific incidents regarding those ICC cases, not a moral comparison between Hamas and the Taliban and the U.S. and Israel.

“I was in no way equating terrorist organizations with democratic countries with well-established judicial systems.”

But this is today, yesterday Omar said:

“Citing an open case against Israel, US, Hamas & Taliban in the ICC isn’t comparison or from ‘deeply seated prejudice’. You might try to undermine these investigations or deny justice to their victims but history has thought us that the truth can’t be hidden or silenced forever.

“The islamophobic tropes in this statement are offensive. The constant harassment & silencing from the signers of this letter is unbearable.”

It’s shameful for colleagues who call me when they need my support to now put out a statement asking for “clarification” and not just call.

The islamophobic tropes in this statement are offensive. The constant harassment & silencing from the signers of this letter is unbearable. https://t.co/37dy2UduW0

All six elected House Democratic leaders, led by Speaker Nancy Pelosi, issued a joint rebuke of Rep. Ilhan Omar after the Minnesota Democrat compared war crimes committed by the U.S. and Israel to Hamas and the Taliban https://t.co/reyzbWdF7G

Speaker Pelosi’s continued failure to address the issues in her caucus sends a message to the world that Democrats are tolerant of anti-Semitism and sympathizing with terrorists.

It’s time for the Speaker to act.