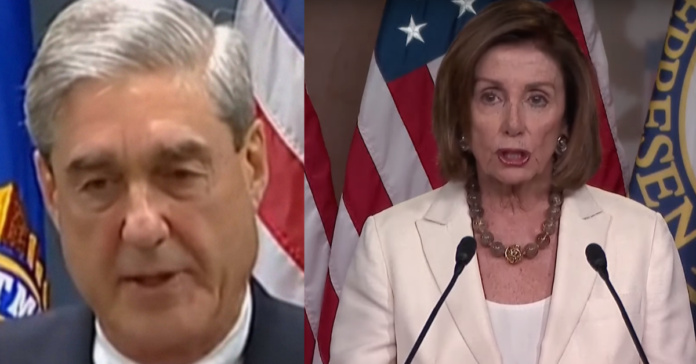 The left is desperate for a hero and so made the ever reluctant Bob Mueller one. Mueller, a lifelong Republican and total straight arrow, was always destined to disappoint them.

The media too went all in on Bob Mueller and when he came up lacking, so did their subsequent ratings.

But they are desperate. Even though Mueller warned them he had no new information, even though Bill Barr cautioned them not to create a ‘public spectacle’ and he had Mueller’s back should he tell them to go pound sand, they bet it all again on Mueller’s Congressional testimony.

They have nothing else so inexplicably they made Mueller the savior again, only this time in his public testimony will save them because he will be unencumbered by Bill Barr.

It looks like they need to get ready for disappointment… From Fox News:

Planning for former Special Counsel Robert Mueller’s highly anticipated testimony was thrown into disarray Friday as multiple sources said the hearing was delayed amid a “breakdown in negotiations” — yet others indicated it could still go forward next week as planned.

Sources said Friday morning the hearings will be pushed back to July 24. A senior source said there was a “breakdown in negotiations” to have Mueller appear.

Yet the Democratic majority on the House Judiciary Committee maintained: “At this moment we still plan to have our hearing on the 17th and we will let you know if that changes.”

Mueller was slated to testify in public before the Judiciary Committee for two hours or more, followed by another two hours-plus of testimony before the House Intelligence Committee in an open setting.

But some lawmakers complained this wouldn’t give them enough time for questions.

And there were conflicting details over plans for a subsequent private session. One source told Fox News this week that the Democrats plan to have Mueller testify behind closed doors–yet it remained unclear whether Mueller himself would participate in that setting, or if his deputies would answer questions instead.

The AP:  Attorney General William Barr on Monday accused Democrats of trying to create a “public spectacle” by subpoenaing Special Counsel Robert Mueller to testify before Congress about the Russia investigation.

There’s no indication that Mueller does not wish to appear before Congress on July 17. But he put lawmakers on notice that any testimony he gives will not go beyond his 448-page report that was released in April. At a news conference in May, Mueller said the team chose the words in the report carefully and that the work speaks for itself.

“I’m not sure what purpose is served by dragging him up there and trying to grill him,” Barr said. “I don’t think Mueller should be treated that way or subject himself to that, if he doesn’t want to.”