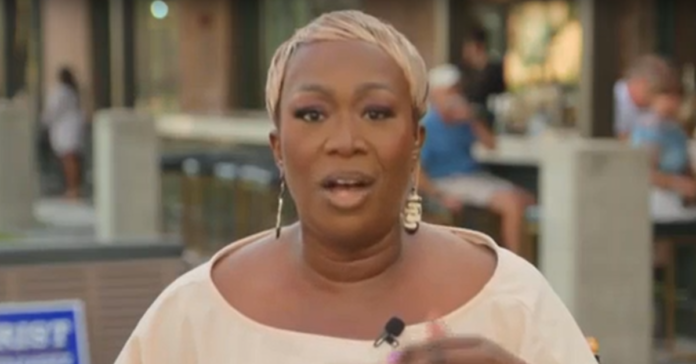 MSNBC host Joy Reid said she had never heard everyday people use the word “inflation” until Republicans turned it into a campaign issue against Democrats for this year’s midterms. Appearing as a guest on Thursday’s Deadline: White House, Reid said:

“The only people I ever hear use the word ‘inflation’ are journalists and economists. So, that is not part of the normal lexicon of the way people talk.

“So, it’s interesting that Republicans are doing something they don’t normally do, which is not use the common tongue, not use just common English like they sort of do on their campaigns like they do with crime.

“But what they’ve done is they’ve taught people the word inflation.

“Most people who would’ve never used that word ever in their lives are using it now because they’ve been taught it, including on TV, including in newspapers.

“They’ve been taught this word.”

Reid was not finished and said that Florida “has become a very expensive state.”

“It’s now more expensive to buy in Miami than it is in New York.

“It is extremely expensive.

“So lots of people here, you hear lots of complaints about the cost of rent, the cost of insurance, the inability to get insurance at all.

“It’s a huge crisis in this state,” she said.

The degree of contempt that privileged progressives have for average Americans is off the chart. https://t.co/bYFaRLBfPM