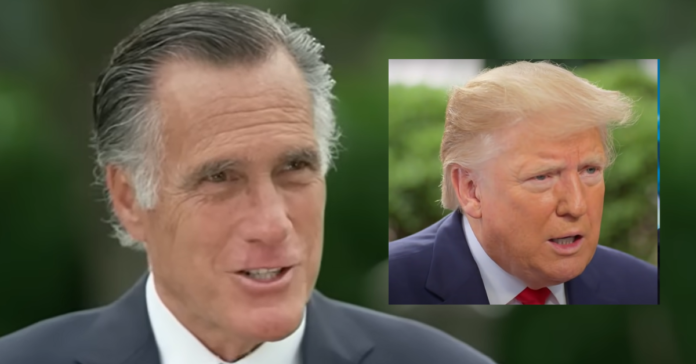 In a new book about Barack Obama and Joe Biden’s tenuous relationship, The Long Alliance: The Imperfect Union of Joe Biden and Barack Obama by Gabriel Debenedetti, Mitt Romney gets an unlikely starring role.

The author claims Mitt urged Biden to run and take down former President Donald Trump in 2020 believing correctly that Trump would have crushed Bernie Sanders, Pete Buttigieg, Kamala Harris, and the rest of the weak Dem field.

The author writes: “Biden spent election night glued to his phone as usual. He talked to most of the candidates he’d campaigned for, and plenty he didn’t, either to congratulate or console them, or just to catch up.

“This time felt better than 2016 in part because Democrats were winning big, at least in local races and in the House.

“But it was also because of a refrain Biden kept hearing, and not always from the most expected sources.

“At one point he connected with Mitt Romney, who’d been easily elected to the Senate that night as a rare Trump-opposing Republican. They were warm as Biden cheered Romney’s win.

“Then Obama’s old rival got to the point: You have to run, Romney said.”

In a note on sourcing, Debenedetti says his book is “primarily the product of hundreds of interviews” with “colleagues, aides, rivals, confidants, allies and eyewitnesses from every stage” of Obama and Biden’s careers since 2003.

“When someone’s words are rendered in italics, that indicates an approximation based on the memories of sources who did not recall exact wordings,” Pengelly adds, noting that the “You have to run” quote from Romney is indeed in italics.

Mitt Romney Reportedly told Joe Biden in 2018 'You Have to Run' To Take Out Trump: New Book https://t.co/aKg4ZnWWhr

NEW…‘You have to run’: Mitt Romney urged Biden to take down Trump in 2020, according to new book. https://t.co/Fgdm6XSVxu