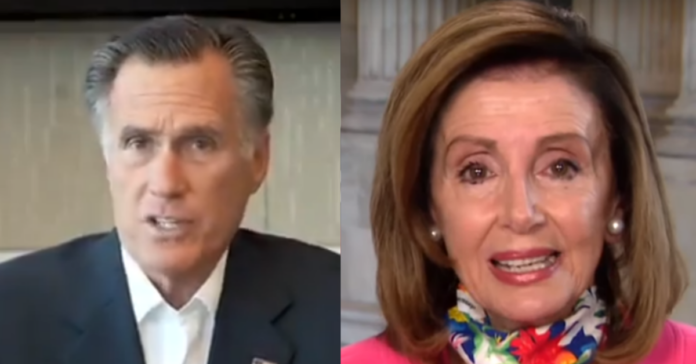 Nancy Pelosi is having a bad week and it just got a lot worse. Pelosi got busted in a let them eat cake moment with her salon visit and the story went viral and stayed viral.

It is a massive blunder in a tight election to show such disdain for the common people. And people are pissed. She had a protest outside her house the other day.

“Angry salon customers” gathered outside of Speaker of the House Nancy Pelosi’s San Francisco home on Thursday to protest her salon visit where she broke the coronavirus rules.”

“Protesters have gathered in front of Nancy Pelosi’s San Francisco home and are stringing up curlers and blow dryers on a tree after a video surfaced of Pelosi getting her hair done indoors/maskless at a SF salon.”

“None of these demonstrators in front of Nancy Pelosi’s home are salon owners or workers. They’ve all described themselves ‘angry salon customers’ who want to get their hair and nails done.”

“Demonstrators have formed a hand-holding circle around a tree with blow dryers and hair curlers hanging in front of Nancy Pelosi’s SF home,” Christian wrote.

“The tree of blow dryers and curlers has been decorated with an American flag and dubbed the Freedom Tree by protestors in front of Nancy Pelosi’s home.”

If that wasn’t embarrassing enough, today Mitt Romney, yes that Mitt Romney, finally found some courage and mocked Pelosi. Coming from such a weak link as Mitt, this public mockery, may well be the knockout blow that signals the end of her reign.

Demonstrators have formed a hand-holding circle around a tree with blow dryers and hair curlers hanging in front of Nancy Pelosi’s SF home @sfchronicle pic.twitter.com/9MsXqdZjhy

Getting cleaned up for resumption of the Senate. Better salon than Pelosi’s! pic.twitter.com/wosz3MyKdw