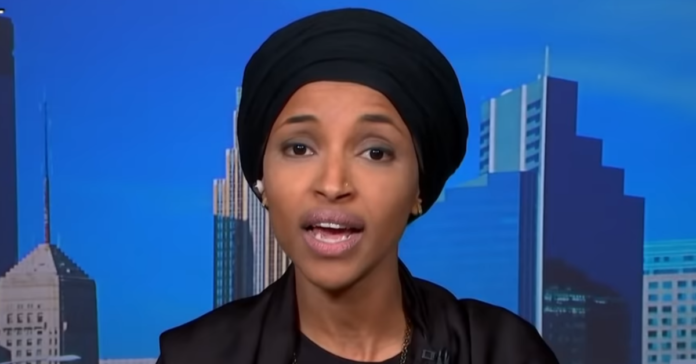 In a crushing blow, The Minnesota Star-Tribune the largest and most influential paper in the region just endorsed one of Rep. Ilhan Omar’s (D-MN) primary challengers.  In rejecting Ilhan Omar and advising its readers to send her home not back to DC, the paper cited her ethical distractions and that she has not untied her district.

The Star Tribune endorsed Democratic candidate Antone Melton-Meaux over Omar and to make it worse for Ilhan, Meaux is very well-funded. From The Star Tribune:

The DFL primary contest between first-term Rep. Ilhan Omar and Antone Melton-Meaux for Minnesota’s Fifth Congressional District has become one of the fiercest in the country.

After careful consideration and interviews with both, the Star Tribune Editorial Board recommends Melton-Meaux, a first-time candidate with strong progressive values that align well with the district, as well as consensus-building skills honed as a professional mediator…

…Omar’s 2018 victory launched her into the national spotlight as the first Muslim woman and first refugee elected to Congress. But her time has been marred by missteps, including remarks on Israel widely regarded as anti-Semitic, an outsized number of missed votes, and campaign-finance issues.

Interestingly, the DFL Party has chosen to make an issue of Melton-Meaux’s finances, filing a late complaint that his campaign used “shadow” companies for his bid, a step the campaign told supporters was necessary because the Democratic Party blacklists companies that work for the challenger to an incumbent.

That gave Lee Hayes, a spokesman for Melton-Meaux’s campaign, a chance to note that Omar has sent more than $1.6 million to her husband’s D.C. political consulting firm, E Street Group, and is herself the target of a Federal Election Commission complaint regarding travel expenses.

It is just these kinds of ethical distractions that the Fifth District could do without. In the Editorial Board interview, Omar took little responsibility for her rocky start, instead largely blaming her critics and saying her failing was perhaps in not realizing what a “special unicorn” she would be in Congress.

Local civil-rights icon Josie Johnson, in endorsing Melton-Meaux recently, said that at such a critical time in history, “We need to be deliberate about who we ask to represent us.” Johnson said she could not support “anyone who creates more division among us.”

The struggle of her ancestors, she said, “has had a powerful and profound influence on me, and Antone seems to understand their perseverance for fairness, justice and equality for all in the way that he approaches his work in our community.

Antone clearly has the compassion, temperament and skills required to unite our district, as well as a nation divided by racism, anti-Semitism and xenophobia.”

Both Omar and Melton-Meaux have compelling stories that, in their own ways, are quintessentially American.

Omar’s refugee story is well-known. Melton-Meaux is the descendant of American emancipated slaves. His mother grew up picking cotton, and his father used service in Vietnam and the GI bill to put himself through college and lift his family into the middle class. Melton-Meaux rose to become an attorney and mediator who also has worked on foster children’s cases through the Children’s Law Center and dedicated time at the Conflict Resolution Center and College Possible.

Melton-Meaux fully grasps the needs of the diverse constituency he hopes to represent, and, if given a chance, is the kind of leader who could unite a fractured district.