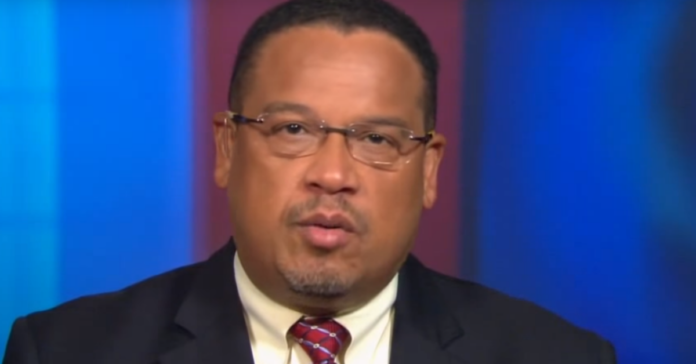 Minnesota Attorney General Keith Ellison, a former member of Congress, is facing a demand from a lawyer in the George Floyd case that he be jailed for contempt.

Multiple lawyers in the case have accused Keith of violating a judge’s gag order. Some are demanding he be sanctioned but others are saying the egregious nature of his violation requires jail time.

From Court House News Service: An attorney for one of the former police officers charged in the death of George Floyd called for the jailing of Minnesota Attorney General Keith Ellison on Tuesday over a press release the attorney says violates a gag order.

Earl Gray, who represents officer Thomas Lane, filed a motion to hold Ellison, a Democrat, and his Deputy Chief of Staff John Stiles in contempt of court for sending an email announcing the addition of four notable local attorneys to the team prosecuting the cases against Lane and fellow former Minneapolis police officers Derek Chauvin, Tou Thao and J. Alexander Kueng.

“Out of respect for Judge Cahill’s gag order, I will say simply that I’ve put together an exceptional team with experience and expertise across many disciplines. We are united in our responsibility to pursue justice in this case,” Ellison said in the press release emailed out by Stiles.

The gag order – which Hennepin County Judge Peter Cahill put in place July 9 after Gray made comments to the Minneapolis Star Tribune about a motion to dismiss the case against his client – prohibits parties and attorneys in the cases from disclosing “any information, opinions, strategies, plans or potential evidence” related to the cases to the media or public.

“Ellison should be jailed along with Stiles. There is no reason to announce that these so called ‘super stars’ are joining the prosecution and that they’re doing it for free,” he wrote. “It is an obvious statement to the public that these ‘super stars’ believe that our clients are guilty.”

He also pointed out that Stiles, “according to Google, is a chief strategy officer and builds reputations and brands,” claiming that this proved that the news release was meant to influence the public.

The gag order has been contentious since it was issued. Gray and the attorneys representing the other three officers all filed motions Monday challenging the order, arguing it is preventing them from presenting a counternarrative to the national outrage that followed Floyd’s death on May 25.