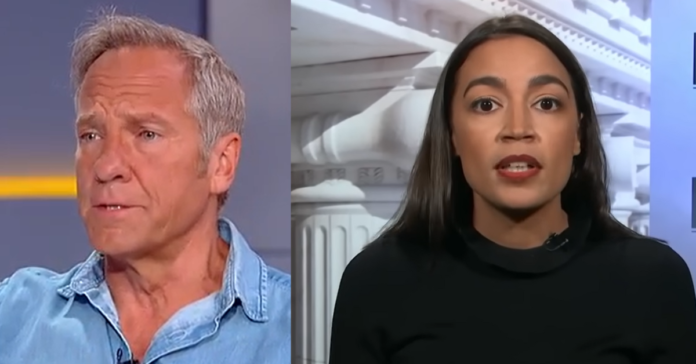 “If you make fossil fuels the enemy, then you are going to reap a whirlwind of unintended consequences really, really quickly. I get that a lot of people are convinced the end of days is coming 12, 15, 20 years down the road.

“I get that, but there’s no proportionality and there’s no context. And when you talk about flipping a switch and getting rid of oil and natural gas and even coal, for that matter, you would hasten that Armageddon to an exponential factor.

“China and India alone are building a coal plant every week for the next 30 years. That’s not going to change.

“There are 30 billion people right now still burning wood and dung. If you want to bring them into the modern world, you’re not going to do it with wind.

“You’re not going to do it with solar.

“You’re not going to do it with hydro. You might do it with nuclear, but we’ve got real problems with that.

“But you can’t just go no, fossil fuels are the enemy, period, it’s over.

“That will hurt on every imaginable level, in my view. Alex Epstein wrote a great book. It’s called “Fossil Future.”

“And in it, he just says, look, let’s have the conversation, but let’s at least understand that fossil fuels have saved more lives over the last hundred years than anybody is really thinking about, it’s fossil fuels that have protected us from the climate, and in so many ways.

“But it’s hard to say that out loud today without it coming back over the net with so much topspin that somebody’s going to call you a denier, and then the conversation ends,” he said.

Mike also took a swipe at Joe Biden on Fox and Friends: “Now, if the Inflation Reduction Act truly reduces inflation, then we can start with a conversation about the nuts and bolts of the bill.

“But we’ve come to the point where nothing actually means what it says. And that gets us into an emperor’s new clothes kind of mentality, where it’s not one kid in the crowd going, Hey, that guy’s naked.

“It’s the whole country going, Wait. Again with this? Again with the name of a thing that doesn’t seem to reflect the thing?

“And so we got to peel back the layers and we have to look at it. And then we have to have the conversation: how does this impact the middle class? What the heck do I know.

“If it lives up to its name, it’ll impact them in a positive way. If it doesn’t, it’s another pie in the face,” he said.

.@mikeroweworks tells me exactly what he thinks about people #QuietQuitting – https://t.co/rOuWAg1Ssi