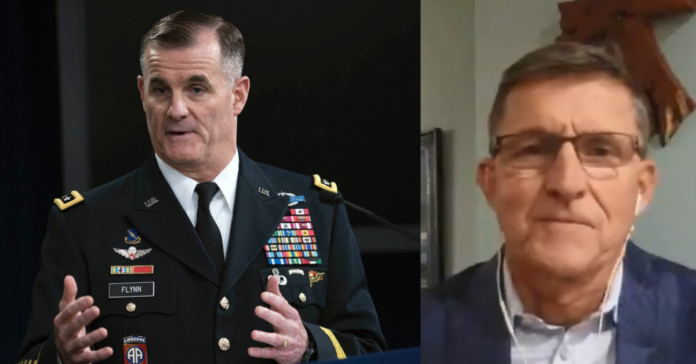 Mike Flynn’s brother Lt. Gen. Charles Flynn has been picked to head the  U.S. Army Pacific and will be promoted to a four-star general according to the Army Times.

Fifteen other general officer assignments were announced by the Army chief of staff along with the news that Lt. Gen. Charles A. Flynn will command U.S. Army Pacific out of Fort Shafter, Hawaii.

Charles Flynn currently serves as deputy chief of staff for Army operations, plans and training at the Pentagon. He has been a key player in developing the Army’s new force generation model that was introduced in the fall.

Flynn, who will be promoted to a four-star general if confirmed by the Senate, is stationed in Washington, D.C., and serves as deputy chief of staff in the Army’s G-3/5/7 section. It plans and coordinates mobilization of the Reserve component in the continental United States.

He is the younger brother of Michael Flynn, who briefly served as national security adviser in 2017.

The elder Flynn pleaded guilty to a felony count of “willfully and knowingly” making false statements to the FBI during its investigation looking into ties between Russia and Donald Trump’s 2016 presidential campaign. Trump pardoned him in November.

Fourteen other general officers’ assignments were announced including: