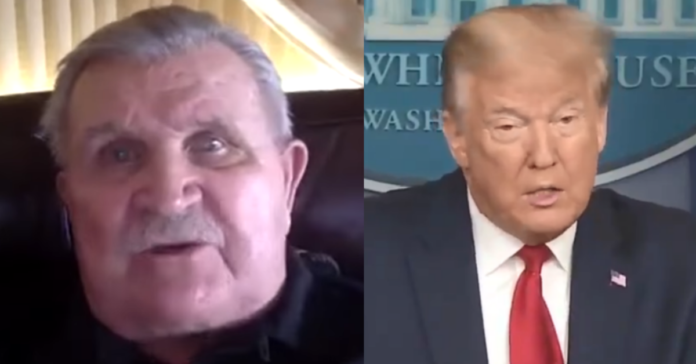 Mike Ditka dropped the hammer on those who want to turn sports into a political battlefield and wasted zero words telling them what he thinks.

“If you can’t respect our national anthem, get the hell out of the country,” Ditka said not mincing words. “That’s the way I feel. Of course, I’m old fashioned, so I’m only going to say what I feel,” Ditka added caring not one bit for the onslaught from the left that is coming his way.

Ditka also talked about his involvement in the X League, a woman’s tackle football league.

“Now from an ownership and executive perspective, I want to provide women a high-profile platform to compete against the greatest female athletes in the world while creating a destination league for millions of girls to aspire to play in.”

The left will go after Ditka for these comments but he has been remarkably consistent on this topic.

"I'm a Christian, like I said, and I just can't get on board with a couple of things that I have read about Black Lives Matter."