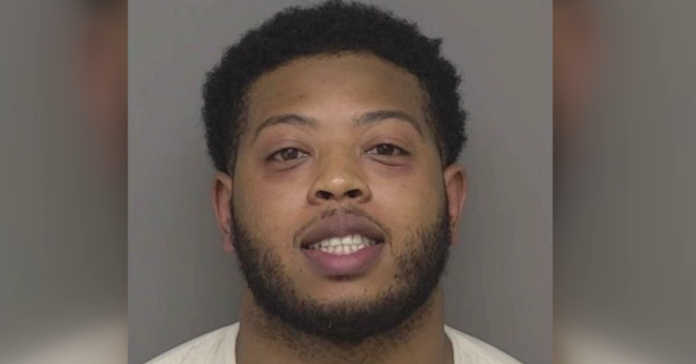 A Michigan Democrat who serves as the state’s Democratic vice chairman of the House Military, Veterans and Homeland Security Committee, has been arrested on multiple charges.

But that is not the worst of it. When he was arrested he threatened state police saying he would call Governor Gretchen Whitmer and get them in trouble before telling them that he ran their budget.

State Rep. Jewell Jones was charged with four counts of resisting and obstructing a police officer; operating a vehicle with a high blood alcohol content; operating while intoxicated; reckless driving; and possession of a weapon while under the influence of alcohol.

The police report details his entitled behavior revealing that Jones told troopers, “I don’t give a f*** bro, when I call Gretchen (I’ll) need [y’all] ID’s badge numbers everything. It’s not going to be good for you, I run y’all budget, bro.”

“For almost 50 miles, witnesses reported, the vehicle with the vanity plate ‘ELECTED’ was driving so recklessly earlier this month that at least one person saw the car go the wrong way before it rolled into a ditch,” the report said.

Five days after he was arrested Jones wrote on Facebook:

“It was reported that the defendant drove his vehicle into the ditch off of I-96, where he and his passenger was located,” said Carolyn Henry, assistant Livingston County prosecutor. “His passenger had to be tended to medically by EMS. It was at that time he became extremely uncooperative and confrontational with the paramedics.”

“Due to the defendant’s erratic and assaultive behavior towards the paramedics, the police were dispatched to the scene,” Henry said. “The defendant’s behaviors were reported to be so serious that it escalated to the point that the troopers had to taze and pepper spray the defendant.”

From The Detroit News:

Jones’ blood alcohol content, according to the police report, was 0.19. The legal driving limit is 0.08.

EMS and troopers said Jones appeared intoxicated at the scene of the crash. EMS said he attempted to show them a badge, and tried to interfere and push first responders while they were treating his passenger.

According to the report, Jones tried to show officers a badge instead of his ID and, when they continued asking for an ID, he shook his arms “as if he were about to do something.”

When he refused to provide an ID, troopers said they attempted to restrain him and brought him to the ground.

When Jones refused to comply with commands to put on handcuffs a stun gun was used twice and then he was pepper sprayed in the eye. A third law enforcement officer from Fowlerville helped to get Jones’ left arm into a cuff.

A loaded Glock was found in the cupholder of Jones’ vehicle, according to the report.

He later refused a blood alcohol test but police obtained a search warrant.

State Rep. Jewell Jones was eventually taken to the ground, and a stun gun was used twice and then pepper spray as officers attempted to get him into handcuffs, according to the report, which was obtained by The Detroit News on Wednesday. https://t.co/DU3T95fsrg