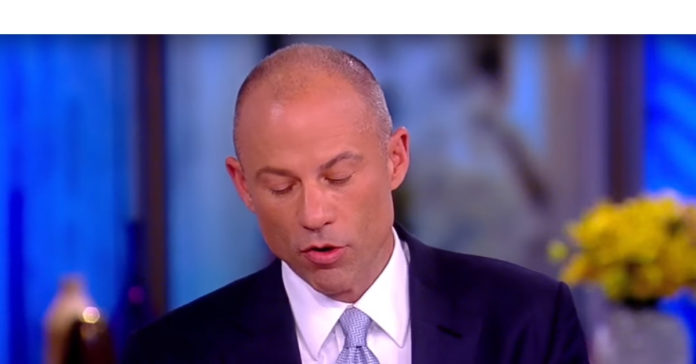 The fall from grace is complete and the humiliations have piled up and Michael Avenatti cannot handle the heat and just announced he won’t run against Trump in 2020.

Stormy Daniels came out and basically accused him of mismanaging her money and suing Trump against her wishes – serious charges.

They have supposedly made up but there is trouble on the horizon because Trump asked for $800k yesterday from Stormy for his legal fees after Avenatti filed those spurious charges. Trump won the case and she has to pay although they are negotiating the amount.

Faced with the onslaught, and in typical liberal fashion, Avenatti just caved and will end his political career before it happens.

From The Hollywood Reporter:

Michael Avenatti announced on Tuesday that he will not run for president in 2020.

The lawyer for Stormy Daniels had been toying with the idea as he went after President Trump, both in the courtroom and over Twitter.

Avenatti said in a statement via social media that he did not make the decision “lightly” and was doing it “out of respect for my family.”

In the same statement, Avenatti said he would continue to represent Daniels, who recently reportedly said the lawyer sued the president this year without her permission.

Avenatti made even more news in recent weeks after he was arrested on suspicion of domestic violence. Originally booked on a felony, the case was filed by Los Angeles police with the district attorney’s office. That office declined a felony charge and sent the case the city attorney’s office who is reviewing for misdemeanor consideration.

Please see my statement below regarding 2020. pic.twitter.com/ztCfZUY6hA