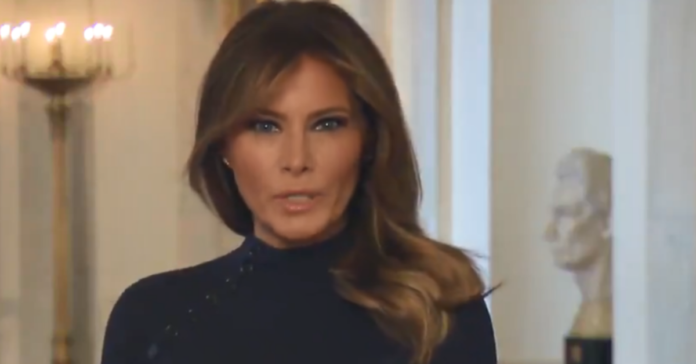 Melania Trump dropped the hammer on a reporter who was part of one of the first smear jobs of Melania as First Lady.

Nina Burleigh wrote a cover story, headlined “The mystery of Melania” for The Daily Telegraph that drew harsh criticism form Melania and President Trump. They sued.

The newspaper quickly pulled the story from its website and issued an apology to Melania the following week.

The apology said the article “contained a number of false statements which we accept should not have been published.”

The apology also revealed the Telegraph paid “substantial damages” to Melania and had to pay her legal costs.

Now the reporter is suing the Telegraph saying the apology ruined her career and made her the “international poster girl for ‘fake news.”

She just lost her case. Enter Melania Trump who waited patiently to get the last word:

“There are consequences when a person writes false and defamatory stories without fact checking.”

From The Press Gazette:

The original article ran as the cover story of the Telegraph’s magazine on 19 January 2019.

In the apology, run online and in the print edition of The Daily Telegraph on 26 January 2019, the newspaper made eight corrections to the article.

The apology also stated that a claim Mrs Trump cried on election night was false.

There are consequences when a person writes false and defamatory stories without fact checking. https://t.co/O8mRWCA04x