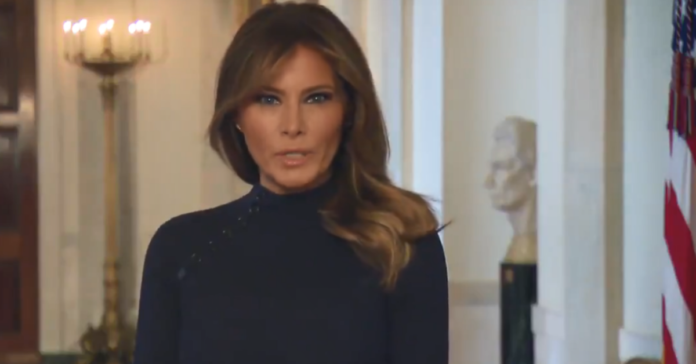 She wants to “maintain ‘Be Best,’” her program to promote children’s health and well-being, and online safety.

Melania will bring a few of her staffer from the White House and will operate for the time being out of Mar a Lago while she looks for office space nearby.

The Trump’s are living for now at their South Florida club but Trump recently paid around $12 million to buy his sister’s nearby estate and he has a few other homes in the area.

Trump’s post-White House office will consist of three of her White House staff members, the sources confirmed to CNN.

Hayley D’Antuono served for four years as the former first lady’s director of operations and trip supervisor, and is now Trump’s chief of staff.

Mary “Casey” Finzer was a low-level staff assistant in the East Wing office, and one of her tasks included keeping stock of Trump’s “gift closet,” according to a source, where gifted items were kept and wrapped to be distributed at school or hospital events and for trips.

Finzer is now a part of the operational and administrative side Trump’s post-White House team.

Marcia Kelly, who served as an unpaid senior adviser to Trump when she was in the White House, is also staying onboard for the post-White House office, though it is unclear whether she will now receive a salary.

CNN reached out to a representative for Melania Trump and has not immediately received a response.

Both sources indicate Trump’s office is for now functioning out of former President Donald Trump’s private club, Mar-a-Lago, which also is where the former first family is living, and the staff members are at times working remotely.

Melania Trump is looking for separate office space in the Palm Beach area.