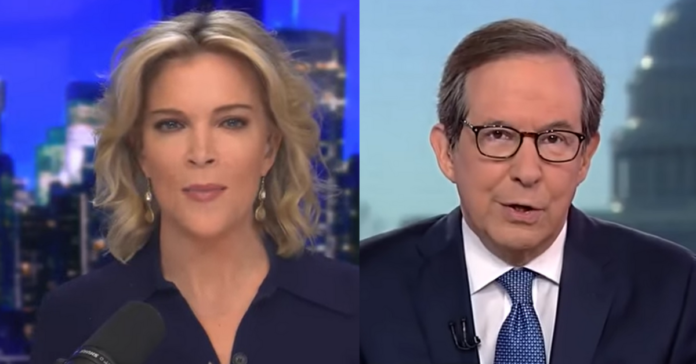 Former Fox News host Megyn Kelly revealed on one of the latest episodes of The Megyn Kelly Show that former CNN head honcho Jeff Zucker made her a “huge offer” to jump ship to his network before taking a swipe at new CNN employee Chris Wallace.

Kelly started by mocking CNN Plus the network’s new streaming service. She said: “Who is the moron at CNN who actually thought, ‘you know what we need with our ratings in the toilet?’ More of us. We need more CNN.”

“I do love all of the jokes about how while Elon Musk is offering to buy Twitter for tens of billions, there are lots of people out there right now who are willing to buy CNN+ for tens of dollars,” her guest Buck Sexton said.

“He was in last place every week, every year, every month.

“He was always in last.

“And they still paid him,” she said.

She then told Sexton about the huge offer CNN made her when Jeff Zucker was still running the show.

“I considered going to CNN. CNN made me a huge offer. Huge.

“I said no, Buck, because I knew: who is my fanbase going to be over there?

“I knew who my fans were and I knew that my Fox viewers were not going to follow me to CNN and that the CNN viewers were going to hate my guts,”

She added that Chris Wallace may be “suffering from that very problem right now.”

Why Megyn Kelly turned down a 'huge offer' from CNN https://t.co/U3wkzlMMpv pic.twitter.com/S45KmA88Pi

.@megynkelly Says Jeff Zucker Made Her a ‘Huge Offer’ to Come to CNN https://t.co/G4sGqBqMnR