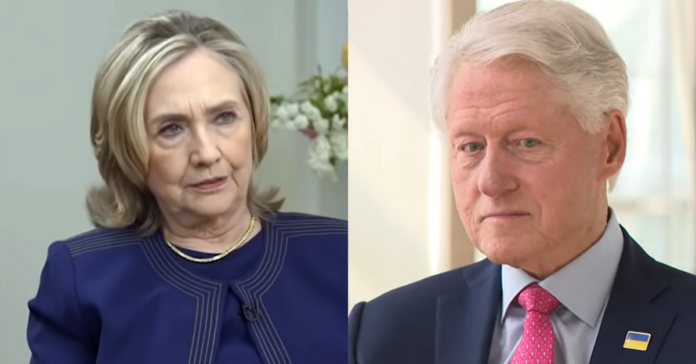 Legendary journalist Matt Taibbi is settling scores with the promoters of the Russian hoax. Taibbi was a darling of the left but they soured on him when he refused to go along with the Trump Russia smear.

He smelled a rat early and said so publicly. He was no longer booked on MSNBC, CNN, and the rest. They called him a Russian agent to scare him into silence. It didn’t work. And now, after Hillary Clinton’s campaign manager admitted under oath Hillary approved of the smear and Durham has proven it was all made up nonsense by the Clinton campaign, Taibbi is calling for Hillary to be booted off Twitter and/or face other serious consequences.

He makes a great case. Matt writes: “Last week, in the trial of former Clinton campaign lawyer Michael Sussmann, prosecutor Andrew DeFilippis asked ex-campaign manager Robby Mook about the decision to share with a reporter a bogus story about Donald Trump and Russia’s Alfa Bank. Mook answered by giving up his onetime boss. ‘I discussed it with Hillary,’ he said, describing his pitch to the candidate: “Hey, you know, we have this, and we want to share it with a reporter… She agreed to that.”

“In a country with a functioning media system, this would have been a huge story. Obviously this isn’t Watergate, Hillary Clinton was never president, and Sussmann’s trial doesn’t equate to prosecutions of people like Chuck Colson or Gordon Liddy.

“But as we’ve slowly been learning for years, a massive fraud was perpetrated on the public with Russiagate, and Mook’s testimony added a substantial piece of the picture, implicating one of the country’s most prominent politicians in one of the more ambitious disinformation campaigns we’ve seen.

“There are two reasons the Clinton story isn’t a bigger one in the public consciousness. One is admitting the enormity of what took place would require system-wide admissions by the FBI, the CIA, and, as Matt Orfalea’s damning video above shows, virtually every major news media organization in America.”

Matt goes into detail about what Hillary and her team and how scandalous it really is before writing:

“Horowitz’s revelations should have ended the careers of at least a dozen prominent journalists, inspired mass resignations within the FBI, and left the Clinton campaign facing an avalanche of official questions and sanctions.

“Though few of those things happened, the report did effectively kill Russiagate as a day-to-day media phenomenon, even among those “who want Donald Trump to go away,” as Times editor Dean Baquet famously put it.

“The new revelation by Mook about Alfa, that “I discussed it with Hillary” and “she agreed to that,” is significant because it shows the candidate was directly involved with the deception.

“This knowledge makes the campaign’s public statements about collusion stories from that early period look far worse, and they already looked bad.”

He is not wrong. Remember what the Trump Russia smear did to this country, it darn near tore it apart. And do not forget that Hillary, three years into Trump’s presidency, went on national TV and said Trump was “illegitimate” because of Russia ties.

“It’s unconscionable that Jake Sullivan has been allowed to remain in high office given his demonstrated role in perpetrating this public fraud, and though I never like to say any colleague should lose a job, anyone in media who who printed this transparent political concoction is either too stupid or too dishonest to work in journalism.

“I’m not a fan of throwing people off Twitter, but how can knowingly launching thousands of bogus news stories across a period of years, leading millions of people to believe lies and expect news that never arrived, not qualify as causing “widespread confusion on public issues”?

“Hillary Clinton was falsely accused many times earlier in her career. This time she’s guilty. It’s not society’s fault there’s no legal name for the offense she and her campaign committed. It was serious, and there should be serious consequences,” he writes.

2) The new video by @0rf shows wide press malpractice. Anyone who ran this transparent concoction (cough cough Rachel) is either too dumb or too dishonest to work in media. https://t.co/32WLpofUd3

The predicate for “Crossfire Hurricane” proved a dead end by August, 2016, which is why the FBI deputy director testified they switched focus way back then to Carter Page, who would never have been a target without Clinton and Steele. https://t.co/fnaPH1OJZD