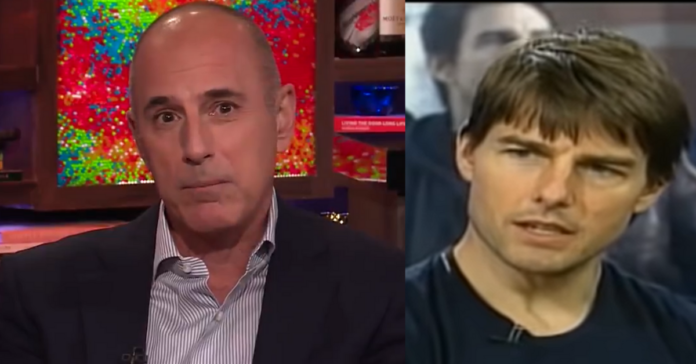 Disgraced former Today Show host Matt Lauer has been eerily quiet after he was fired from his longtime gig in 2017 because a colleague accused him of sexual assault. And now we know why. He has been plotting his revenge because he thinks he has been railroaded.

According to a new report from OK Magazine, Lauer is planning a tell-all book to get even with the people he feels betrayed him. He has a long list and he has been silent because the ‘timing wasn’t right.’

He will spill the beans on his former NBC colleagues like Savannah Guthrie “she’ll be worth a mention at least,” and he reportedly will reveal unflattering details about celebrities like Tom Cruise.

“Matt has kept his head down because he knew the timing wasn’t right. Now he feels the dust has settled, and there will be more sympathy for him at long last,” the report said.

Matt Lauer 'Has Nothing To Lose', Gears Up To Drop Bombshell Tell-All I wonder will he talk in detail how he taped and sexually assault his staff. How it affected and destroy their lives. Another man mad at being held accountable what he did to women. https://t.co/H2l8T6UKaG

He “will spare no truth about the people he feels have betrayed him,” the report warns.

“He’s already plotting out the book. Matt will pick his targets carefully, but he figures he has no chance of making a TV comeback and has nothing to lose by getting his revenge,” a source told OK.

“He just stays to himself, he doesn’t really reach out to people very much anymore or engage them and so he’s been losing touch with a lot of people.

“When he left the Today show, he didn’t get paid a penny after he got fired.

“NBC stuck with that. He’s presumably sitting on mountains of money but then again, he had a lot of money in real estate.”

“He only wants to talk to people who are gonna take his side.

“He still feels like he got railroaded,” the report said.