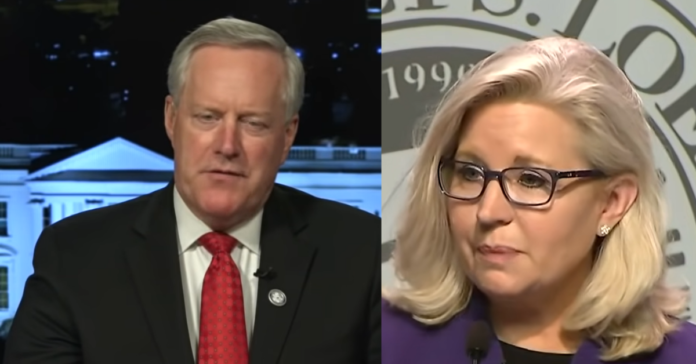 The lawsuit says: “Plaintiff, the Honorable Mark Meadows (“Mr. Meadows”), a private citizen who previously served as a Member of Congress and subsequently as Chief of Staff to the President of the United States, brings this complaint for declaratory and injunctive relief to invalidate and prohibit the enforcement of two overly broad and unduly burdensome subpoenas from a select committee of the U.S. House of Representatives (the “Select Committee”) issued in whole or part without legal authority in violation of the Constitution and laws of the United States.

“The Select Committee acts absent any valid legislative power and threatens to violate longstanding principles of executive privilege and immunity that are of constitutional origin and dimension.

“Without intervention by this Court, Mr. Meadows faces the harm of both being illegally coerced into violating the Constitution and having a third party involuntarily violate Mr. Meadows rights and the requirements of relevant laws governing records of electronic communications. Only this Court can prevent these grave harms.

“For months, Mr. Meadows has consistently sought in good faith to pursue an accommodation with the Select Committee whereby it could obtain relevant, non-privileged information.

While the Committee and Mr. Meadows engaged over a period of time in an effort to achieve such reasonable accommodation, the Select Committee adamantly refused to recognize the immunity of present and former senior White House aides from being compelled to appear before Congress and likewise refused to recognize a former president’s claims of Executive Privilege and instructions to Mr. Meadows to maintain such privilege claims in addressing the Select Committee’s inquiries,” the lawsuit says.

Now: Mark Meadows' lawsuit against the Jan 6 committee is in.