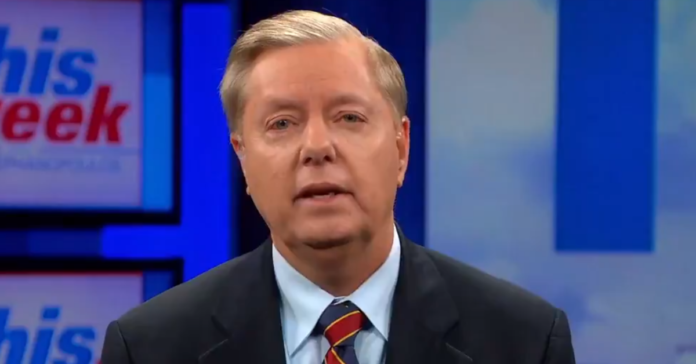 Lindsey Graham went down to the border to see the crisis firsthand. He went down with Vice President Mike Pence and what they saw was not good.

We have a crisis and we need our leaders to come together. But they will not, so Lindsey explained to all America what is at stake.

From TPM: Sen. Lindsey Graham (R-SC) said on Sunday that he has no problem keeping the migrants in the squalid cells he saw during his detention facility tour in Texas with Vice President Mike Pence.

“What I saw is a bunch of people who have been here before, broke the law before, and we’re not going to let them go,” Graham told Fox News’ “Sunday Morning Futures” host Maria Bartiromo.

“I don’t care if they have to stay in these facilities for 400 days, we’re not going to let those men go that I saw. It would be dangerous.”

Graham, who also serves as the chairman of the Senate Judiciary Committee, claimed that “all of [the detained migrants] broke our law.”

“All of them broke our law,” Graham said. “Many of them have done it before. And we’re not going to let them go.”

And despite seeing for himself the unsanitary conditions of the two border facilities he had toured with Pence on Friday, Graham argued that “[t]his is not a concentration camp that I saw.”

“It is a facility overwhelmed,” he said.

Graham on the migrants he saw at a detention facility: "I don't care if they have to stay in these facilities for 400 days" pic.twitter.com/UFnZ7ryO3Y