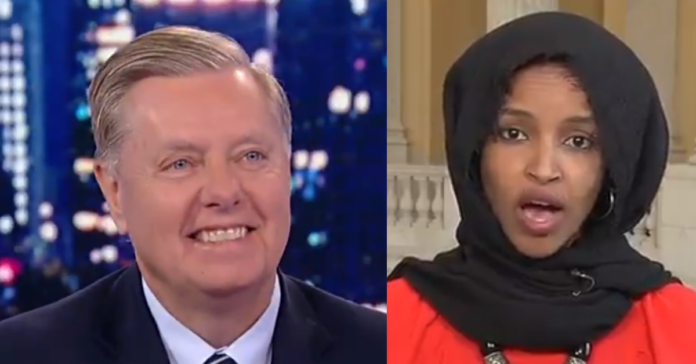 Lindsey Graham is not messing around. He just dropped the hammer on the ‘Squad.” The four Dem House members are making life hell for Pelosi because they keep handing Trump political gifts.

Look, the battle is on to define political opponents ahead of the historic 2020 elections. The GOP and Lindsey Graham know this as does Pelosi, the only ones who don’t” Omar and AIC and the rest.

“We all know that AOC (Ocasio-Cortez) and this crowd are a bunch of communists, they hate Israel, they hate our own country, they’re calling the guards along our border — the Border Patrol agents — concentration camp guards,” Graham said on Fox and Friends today.

“They accuse people who support Israel as doing it for the ‘Benjamins,’” a reference to Rep. Ilhan Omar (D-MN).

“They are anti-Semitic, they are anti-American, we don’t need to know anything about them personally, talk about their policies.”

“I think they are American citizens who are duly elected that are running on an agenda that is disgusting, that the American people will reject,” he said.

“Talk about what it mean for America to have free healthcare for illegal immigrants, and no criminalization of coming into our country — see how that works for controlling immigration!”

“Their ideas, they’re anti-Semitic,” he again stated. “They talk about the Israel state as if they’re a bunch of thugs, not victims of the entire region.

“They wanted to impeach President Trump on day one. They are socialist, they’re anti-Semitic, they stand for all the things that most American disagree with. Make them the face of the future Democratic Party and you will destroy the Democratic Party,” he added.

.@LindseyGrahamSC on Fox & Friends: "We all know that AOC and this crowd are a bunch of communists … they're anti-Semitic. They're anti-America." pic.twitter.com/lsFqZi1Eu8 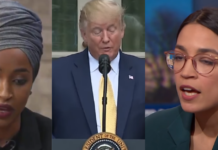