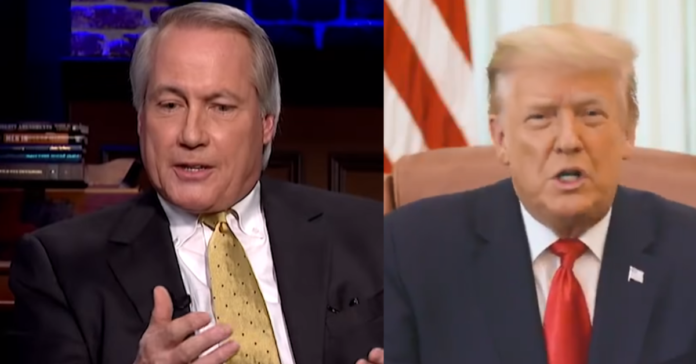 Famed attorney Lin Wood is breaking his silence on legal threats lodged against him and Sidney Powell and he is holding his ground.

He said, “Knowing my background & experience in defamation law, Sidney @SidneyPowell1 asked me to represent her & respond to Smartmatic litigation threat. Since everything Sidney is saying about election fraud is documented TRUTH, my response to Smartmatic was simple & to the point.”

“I represent Sidney Powell. I have carefully reviewed your letter of December 15, 2020. I am not impressed. Ms. Powell retracts nothing. File your lawsuit.”

Smartmatic announced today that it is issuing legal notices and retraction demand letters to Fox News, Newsmax and One America News Network for publishing false and defamatory statements.

The demand letters identify dozens of factually inaccurate statements made by each of the organizations as part of a “disinformation campaign” to injure Smartmatic and discredit the 2020 U.S. election.

According to Smartmatic’s demand letters, these organizations could have easily discovered the falsity of the statements and implications made about Smartmatic by investigating their statements before publishing them to millions of viewers and readers. Smartmatic had nothing to do with the “controversies” that certain public and private figures have alleged regarding the 2020 U.S. election.

Multiple fact-checkers have consistently debunked these false statements with stunning consistency and regularity.

“They have no evidence to support their attacks on Smartmatic because there is no evidence.  This campaign was designed to defame Smartmatic and undermine legitimately conducted elections,” said Antonio Mugica, CEO of Smartmatic.

“Our efforts are more than just about Smartmatic or any other company.  This campaign is an attack on election systems and election workers in an effort to depress confidence in future elections and potentially counter the will of the voters, not just here, but in democracies around the world.”

Since its founding in 2000, Smartmatic has designed and implemented secure election technologies in twenty-five countries and helped election management bodies record over five billion votes without a single security breach, and where every single vote is auditable.

Smartmatic’s only involvement in the United States in the 2020 election was as the manufacturing partner, system integrator, and software developer for Los Angeles County’s publicly owned voting system.

Election processes conducted using Smartmatic technology have been praised by The Carter Center, The Organization of American States (OAS), the European Union (EU), and the United Nations development Programme (UNDP).  Smartmatic is an approved vendor of the United States Department of Defense and a founding member of the Department of Homeland Security Council for the Election Infrastructure Subsector.

In its demand letters, Smartmatic informed the organizations that it is reserving all its legal rights and remedies, including its right to pursue defamation and disparagement claims.

Knowing my background & experience in defamation law, Sidney @SidneyPowell1 asked me to represent her & respond to SmartMatic litigation threat.

Since everything Sidney is saying about election fraud is documented TRUTH, my response to SmartMatic was simple & to the point. pic.twitter.com/bWvhBXmtsi