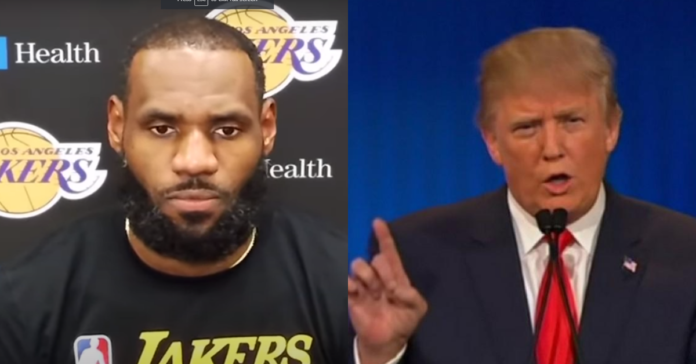 “President Trump today said that NBA players kneeling during the Nation Anthem is disgraceful and he said that nobody has done more for the Black community than him other than Abraham Lincoln,” a reporter asked LeBron James today.

“Are you trying to make me laugh right now?” James said after openly laughing at the reporter’s question. “I appreciate that,” he said smugly in the way LeBron tends to do.

James then took some time to ratchet up his feud with Trump and commented on Trump saying he would not watch NBA games if the players continued to kneel during the national anthem.

“I really don’t think the basketball community is sad about losing his viewership, him viewing the game,” James told the reporter.

“And I hope everyone, no matter the race, no matter the color, no matter the size, will see what leadership that we have at the top in our country and understand that November is right around the corner and it’s a big moment for us as Americans,” James said.

“If we continue to talk about, ‘We want better, we want change,’ we have an opportunity to do that.”

But the game will go on without his eyes on it. I can sit here and speak for all of us that love the game of basketball: We could care less.”

“I really don’t think the basketball community are sad about losing his viewership.”