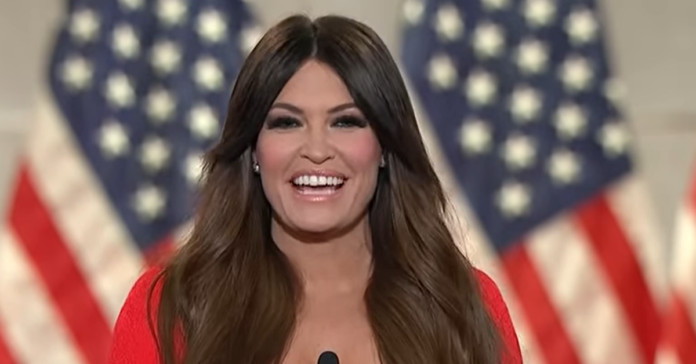 Kimberly Guilfoyle has announced she will take a key role in a GOP Senate hopeful’s campaign. She will join Eric Greitens’ bid to win the U.S. Senate seat in Missouri as the campaign’s national chair.

“Greitens is a fighter who has stood with President Trump and has a proven record of advancing conservative, America First policies,” Guilfoyle said. “I am proud to join this team as the National Chair and look forward to championing Governor Greitens’ vision throughout Missouri and around the country.”

“I am honored to have Kimberly’s support. Her work on behalf of President Donald J. Trump was unmatched. We know the Democrats will come after this campaign, just like they came after President Trump,” Greitens said.

“With Kimberly Guilfoyle as our National Chair, I know we have a true fighter that will further elevate this campaign and help us win the support of every Missourian,” he added.

Greitens is a former Missouri governor. He is running for the seat being vacated by U.S. Sen. Roy Blunt.

Governor Eric Greitens, the former Governor of Missouri and candidate for U.S. Senate, continues to build momentum with the announcement of Kimberly Guilfoyle as the campaign’s new National Chair.

Kimberly Guilfoyle is a former prosecutor and Fox News host who most recently served President Donald J. Trump as the National Chair of Trump Victory Finance Committee—the organization responsible for raising hundreds of millions of dollars in support of the President and his America First agenda.

I am proud to join @EricGreitens’ campaign as the National Chair and I am excited to be able to help spread his America First vision throughout Missouri and around the country.

Proud to announce @KimGuilfoyle has joined our campaign as National Chair!

She has been one President Trump’s fiercest defenders and she will continue to fight and defend America First values.