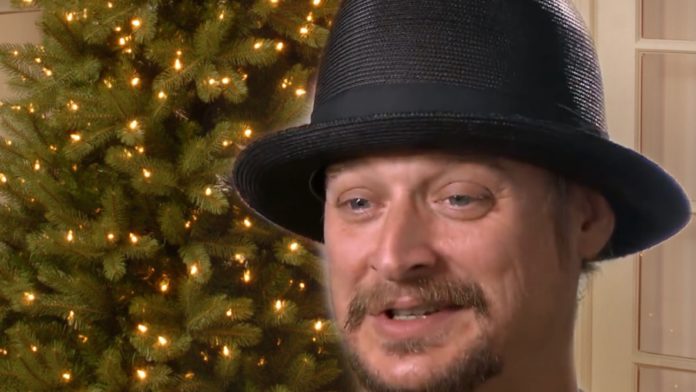 Kid Rock continues to impress and is well on his way to winning good guy of the year award. Kid Rock has been in the news of late with his public feud with Joy Behar.

The feud goes back years and both sides are quite comfortable with their positions and are having a good laugh at all the attention.

Especially with the media hysteria surrounding what Kid Rock said about Joy. Remember, Joy has been ripping Kid Rock and his friend Sarah Palin for years and in very vicious ways.

That said, it is Christmas time and many people are not as fortunate as Kid Rock so he decided to help out some people who really need it by paying off the layaway bills for 350 customers.

Kid Rock reportedly paid off the layaway tabs for 350 customers at a Walmart in Nashville, Tennessee this week.

According to the entertainer’s twitter account, he was taking a page from producer and actor Tyler Perry’s playbook. Perry reportedly paid off layaway bills this week at his local Walmart store.

In a tweet, Kid Rock said, “@tylerperry Great idea! I followed your lead and paid off the layaway at my local Walmart in Nashville. Merry Christmas and God Bless You!”

A manager at Walmart on Dickerson Road in Nashville confirmed to FOX 17 Kid Rock had paid $81,000 in layaway bills at the store.

It appears Rock’s Christmas spirit was not dashed after being replaced as the grand marshal of the Nashville Christmas for comments he made about Joy Behar on Fox & Friends.

This news comes days after Kid Rock lost one gig at a Christmas parade and picked up another.

From The Tennessean: After missing his chance in Nashville, Kid Rock will be a special guest in the Leiper’s Fork Christmas Parade later this month in Williamson County.

The parade, previously scheduled for Saturday, was postponed until Dec. 15 at 2 p.m. due to inclement weather expected this weekend.

Rock reached out to organizers in hopes of participating in the parade, said Laura Musgrave, director of the Christmas parade in Leiper’s Fork.

“He has some friends out here, and we’re wild and wacky, eclectic and fun,” Musgrave said. “This parade has never been about politics — it’s a Christmas parade.”

The grand marshal will be John Schneider, who played Bo Duke in the TV show “Dukes of Hazzard.” The parade will lead off on the village’s Main Street.

@tylerperry Great idea! I followed your lead and paid off the layaway at my local Walmart in Nashville. Merry Christmas and God Bless You!