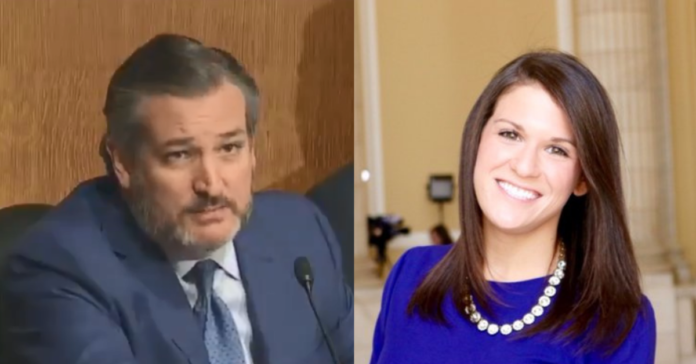 The fallout from the debacle in the Capitol continues. Tech companies and political vendors have been cutting ties with Trump and some GOP officials.

Harvard yanked Elise Stefanik from an advisory committee and corporate America is refusing to continue to fund any GOP politician who voted to overturn the election.

Trump has seen multiple Cabinet members resign and other high-level staffers leave over what happened during that fateful night.

“I’m grateful to Senator Cruz for the opportunity and wish him and his first-rate staff nothing but the best,” Lauren Blair Bianchi, who had worked in Cruz’s office since July 2019, told Punchbowl News.

“Since the election it was becoming clear things were moving in a direction that she was not comfortable with and that culminated with last week’s tragedy in the Capitol,” a source told Punchbowl.

“Given that every member of Congress deserves to have a staff aligned with and supportive of their vision, and coupled with the start of the new Congress, she felt it was an appropriate time to step aside.”

Cruz’s office said the Ted and Bianchi “agreed that it would be best to part ways. He thanks her for her service and wishes her the best.”

A Texas newspaper is also demanding Ted Cruz resign. From The Hill:

The Houston Chronicle’s editorial board is calling for Sen. Ted Cruz (R-Texas) to resign after he helped lead the effort to challenge the 2020 election results in Congress.

The Chronicle, which has been a vocal critic of Cruz over the years, wrote in an opinion piece Friday that the senator’s actions helped fuel Wednesday’s deadly pro-Trump mob at the Capitol.

The Texas senator “knew exactly what he was doing, what he was risking and who he was inciting as he stood on the Senate floor Wednesday and passionately fed the farce of election fraud even as a seething crowd of believers was being whipped up by President Trump a short distance away,” the editorial board wrote.

The editorial board blasted what it called “Cruz’s cynical gamble,” saying he “peddled his phony concern for the integrity of our elections, he argued that senators who voted to certify Biden’s victory would be telling tens of millions of Americans to ‘jump in a lake’ and that their concerns don’t matter.”

The editorial board then addressed Cruz directly, arguing that “those terrorists wouldn’t have been at the Capitol if you hadn’t staged this absurd challenge to the 2020 results in the first place.”