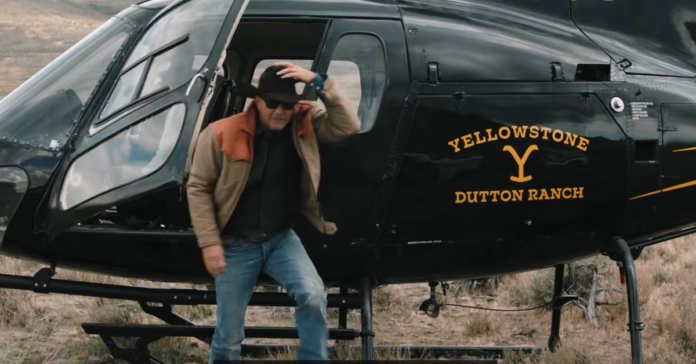 Paramount Network’s anti-woke drama, “Yellowstone” is finally getting some love from the Hollywood crowd scoring a nomination from the 2022 Screen Actors Guild Awards. Kevin Costner plays a Montana rancher fighting for survival and despite getting huge ratings the show had been ignored by the various award committees.

But that changed today when Yellowstone was nominated in the top category of ensemble in a television drama alongside “Succession,” “Squid Game,” “The Morning Show” and “The Handmaid’s Tale.”

“There’s no bigger compliment to an actor than being recognized by their peers. Congratulations to our incredibly talented cast on this wonderful and well deserved nomination,” series creator Taylor Sheridan said.

“‘Yellowstone’ continues to shatter records proving we’ve hit a cultural nerve— from the center of the country to each of the coasts —and still have lots of room to grow on linear,” said Chris McCarthy, President and CEO, ViacomCBS Media Networks, after the show set new ratings records this year.

CONGRATULATIONS! ? It goes without saying that we have the best cast ever. So we're thrilled to see this recognition. #YellowstoneTV @SAGawards pic.twitter.com/Cf8BVjqhOw

“Our strategy to franchise ‘Yellowstone’ into a universe of series to fuel growth for Paramount Plus is already exceeding expectations with ‘1883’ and ‘Mayor of Kingstown’ proving to be two of the top titles.”

Yellowstone depicts modern-day struggles that are all too real for middle-America viewers in those D markets, like the development of rural areas and the clash between landowners and government over stewardship.

Kevin Costner’s character, patriarch John Dutton, put it bluntly in Episode 7 of Season 4: ‘there’s a war on our way of life.’

‘They’ll tell you that the land’s only hope if for them to be its steward. The ugly truth is they want the land, and if they get it, it will never look like our land again.’

‘I am the opposite of progress. I am the wall that it bashes against it, and I will not be the one who breaks.’

Lafayette, Indiana had the highest proportion of Yellowstone viewers in the country when Season 1 first aired in 2018. Jim Hedrick, 62, who lives there and works for Horizon Ag Consulting with farmers across the Midwest, said the show touches on issues that he can relate to, close to his own experience.

‘They really dig into some parts of the culture that are at risk in this country,’ he told the Journal.

‘Yellowstone’ Producer on When to Expect Season 5, and How Its SAG Nomination Proves the Show Has Finally Conquered ‘All of the U.S.’ https://t.co/xpKP2C67e9