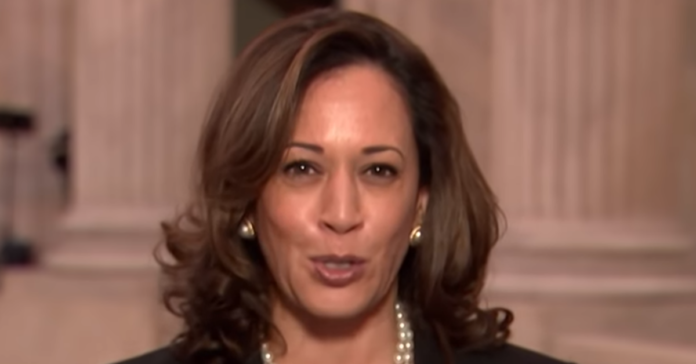 Vice President Kamala Harris flubbed her Memorial Day message to America and immediately felt the backlash. Memorial Day is the day we honor those who gave the ultimate sacrifice for this country but Kamala’s first post did not mention the military, instead, she said, ‘enjoy the long weekend.’

Arizona State Senator Wendy Rogers ripped Harris saying on social media “No class.” Wendy was a Lieutenant Colonel in the Airforce. Former Georgia Rep Doug Collins said, “As the @VP enjoys a long weekend, maybe she could read a couple of books on the sacrifices made by those we honor with this holiday.”

Early this morning Kamala caved and posted again but this time she honored our military. She said: “Throughout our history our service men and women have risked everything to defend our freedoms and our country. As we prepare to honor them on Memorial Day, we remember their service and their sacrifice.”

Harris also came under fire for her speech at the US Naval Academy in Annapolis, Md. The New York Post Editorial Board wrote:

On this Memorial Day weekend, what does Vice President Kamala Harris decide to talk about in front of the Naval Academy’s graduating class? Solar power.

“Just ask any Marine today, would she rather carry 20 pounds of batteries or solar panels, and I am positive, she will tell you a solar panel — and so would he,” she said.

(And if you want to see media bias in action, ABC News added “said to applause.” In truth, there was silence, until Harris gave a little chuckle to prompt the crowd in “please clap” fashion.)

Start with the pandering pronoun “joke.” Women have been members of the Navy and Marines for a century, and allowed to be in all combat units since 2016. Harris using a woman as her example was perfectly normal — but adding “and so would he” is just performance art for the woke. It isn’t a punchline, it’s a sneer.

Second, batteries. Solar panels collect energy, but it still needs to be stored for use at night. That Marine isn’t going to choose between a solar panel and a battery, she has to take both, and hopes the battery gets lighter.

China is spending its time taking over the South China Sea, bullying Hong Kong, Taiwan and John Cena, pushing its influence into Africa, preparing for the next century. Kamala Harris wants to make sure our soldiers are carbon neutral.

Throughout our history our service men and women have risked everything to defend our freedoms and our country. As we prepare to honor them on Memorial Day, we remember their service and their sacrifice.