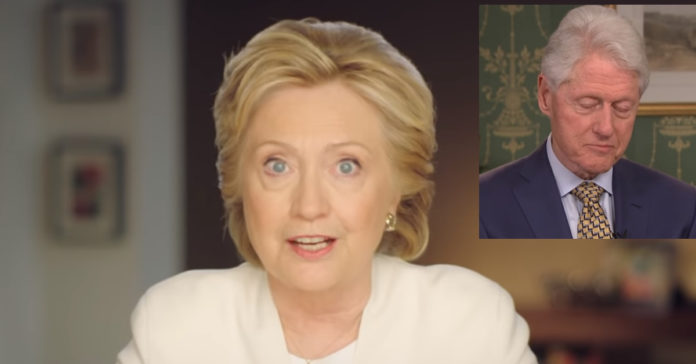 All that is left for Hillary Clinton is the long and arduous trial where she will face justice. Look, you may think this FOIA email business is small potatoes.

It is not. Our government works for us and one of the only ways we can monitor and attempt to control what they do in our name is through FOIA requests.

It is critical to our democracy and if Ivanka was playing the same game as Hillary she needs to face the music too. We have the right to know what those who work for us do and if they are so arrogant that they wish to avoid this they should not be in government. Simple.

From The Daily Wire: Judge Lamberth’s opinion, published by Politico, begins by quoting former President Barack Obama, who, on his first full day in office, waxed eloquent about the importance of transparency in government and declared his administration’s commitment to FOIA:

“In our democracy, the Freedom of Information Act (FOIA), which encourages accountability through transparency, is the most prominent expression of a profound national commitment to ensuring an open government. …

All agencies should adopt a presumption in favor of disclosure to renew their commitment to the principles embodied in FOIA, and to usher in a new era of open government. The presumption of disclosure should be applied to all decisions involving FOIA.”

“But in this case, faced with one of the gravest modern offenses to government transparency, his State and Justice Departments fell far short,” Lamberth wrote. “So far short that the Court questions, even now, whether they are acting in good faith.

Did Hillary Clinton use her private email as Secretary of State to thwart this lofty goal? Was the State Department’s attempt to settle this FOIA case in 2014 an effort to avoid searching–and disclosing the existence of–Clinton’s missing emails? And has State ever adequately searched for records in this case?”

Tom Fitton was the main driver to getting this done so much thanls to him. From Judicial Watch:

Judicial Watch announced today that, in a ruling excoriating both the U.S. Departments of State and Justice, U.S. District Court Judge Royce C. Lamberth has ordered both agencies to join Judicial Watch in submitting a proposed schedule for discovery into whether Hillary Clinton sought to evade the Freedom of Information Act (FOIA) by using a private email system and whether the State Department acted in “bad faith” by failing to disclose knowledge of the email system.  The decision comes in a FOIA lawsuit related to the Benghazi terrorist attack.

… the Court ORDERS the parties to meet and confer to plan discovery into (a) whether Hillary Clinton’s use of a private email while Secretary of State was an intentional attempt to evade FOIA; (b) whether the State Department’s attempts to settle this case in late 2014 and early 2015 amounted to bad faith; and (c) whether State has adequately searched for records responsive to Judicial Watch’s requests.

Terming Clinton’s use of her private email system, “one of the gravest modern offenses to government transparency,” Lamberth wrote in his MEMORANDUM OPINION:

… his [President Barack Obama’s] State and Justice Departments fell far short. So far short that the court questions, even now, whether they are acting in good faith. Did Hillary Clinton use her private email as Secretary of State to thwart this lofty goal [Obama announced standard for transparency]? Was the State Department’s attempt to settle this FOIA case in 2014 an effort to avoid searching – and disclosing the existence of – Clinton’s missing emails? And has State ever adequately searched for records in this case?

At best, State’s attempt to pass-off its deficient search as legally adequate during settlement negotiations was negligence born out of incompetence. At worst, career employees in the State and Justice Departments colluded to scuttle public scrutiny of Clinton, skirt FOIA, and hoodwink this Court.

Turning his attention to the Department of Justice, Lamberth wrote:

The current Justice Department made things worse. When the government last appeared before the Court, counsel claimed, ‘it is not true to say we misled either Judicial Watch or the Court.’ When accused of ‘doublespeak,’ counsel denied vehemently, feigned offense, and averred complete candor. When asked why State masked the inadequacy of its initial search, counsel claimed that the officials who initially responded to Judicial Watch’s request didn’t realize Clinton’s emails were missing, and that it took them two months to ‘figure [] out what was going on’… Counsel’s responses strain credulity. [citations omitted]

Clinton email scandal heats up! Court orders discovery into "one of the gravest modern offenses to gov't transparency" @JudicialWatch, not Congress and not DOJ, doing the heavy lifting. Will discuss next hour with @HARRISFAULKNER on @OutnumberedOT on @FoxNews. pic.twitter.com/lP34yPavZM