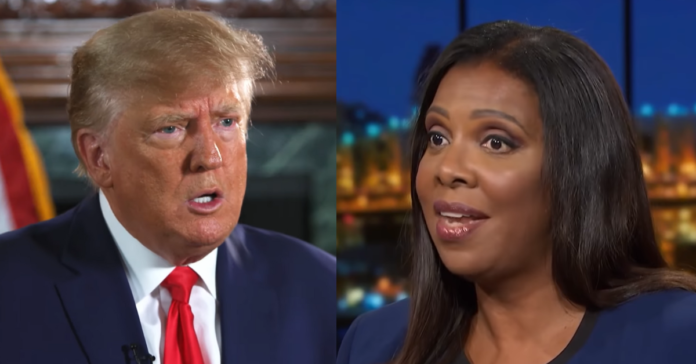 A New York judge gave a big win to former President Donald Trump ruling Wednesday that Trump is no longer in contempt for failing to turn over documents after being subpoenaed by the state’s attorney general.

“Although we are pleased that the court has lifted the contempt finding, we maintain that it was wholly unwarranted and improper in the first place,” Alina Habba, an attorney for Trump, said. “We will push ahead with our appeal to secure justice for our client.”

Andrew Amer, an attorney in James’ office said: “We have every expectation that Trump will be examined under oath next month and will advise the Court promptly if new information regarding Respondent’s documents is gleaned from that testimony,” before adding he is still concerned about “the apparent absence in the productions of documents one would expect to see from Mr. Trump relating to his Statements of Financial Condition.”

Trump and his family have been ordered to be deposed by James and her team but they can tell her to go pound sand and take the fifth to their heart’s content.

Donald Trump is no longer in contempt of court, a judge ruled Wednesday.

The judge who declared him in contempt for being slow to respond to a civil subpoena issued by New York’s attorney general, said he's met conditions required to lift the sanction. https://t.co/BKvRM0ZdKr

Remember, they were planning on doing this anyway because there was a criminal case being pursued by the Manhatten DA. That case is over with no charges being filed but they can still tell James to pound sand and you can bet they will.

Trump was fined $10,000 per day through May 6, when his attorneys first filed explanations of their attempts to search for subpoenaed documents.

In the weeks since, the judge and the attorney general have demanded affidavits from two dozen Trump Organization employees and attorneys in an effort to learn how Donald Trump’s eponymous company has for a decade apparently kept nearly no records on the personal finances of its namesake.

Nearly all the employees who filed affidavits described a company that has few concrete policies related to the destruction and retention of documents related to Trump’s personal finances, leaving such decisions to individuals, or in certain cases, their department heads.

Those statements largely mirrored what Trump said in his own affidavit, that “it has been my customary practice to delegate document handling and retention responsibilities to my executive assistants.”

Executive assistants who filed affidavits said they didn’t follow any set policies. One longtime former assistant, Rhona Graff, said in a May 31 deposition that she often left such decisions up to other people.

Imagine the screams of agony while this was being written at See-BS News:https://t.co/FIGQWJGHiN