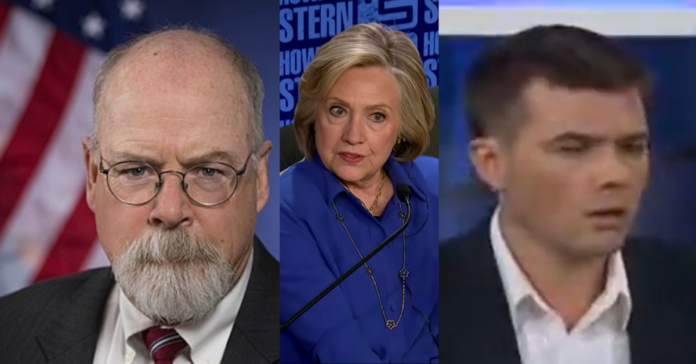 Special Counsel John Durham just made a big move and arrested the primary source behind the infamous Steele Dossier. The Dossier accused Trump of working with Russia to win in 2016 among other salacious accusations.

The narrative fell apart when Durham caught the Feds lying on to get a FISA warrant. Those are supposed to be hard to get because they allow you to snoop on American citizens.

Without the lie, the FISA gets denied and the media narrative fades from view. Many have accused Durham of moving too slow but he still seems to be grinding away.  Leading to the next question, how high did this go, and could any in Hillary’s camp be next in Durham’s sights?

Igor Danchenko, a Russian analyst who was the primary source behind the Steele dossier was arrested on Thursday as part of the U.S. special counsel’s probe into the origins of the FBI’s investigation between Russia and Donald Trump’s 2016 campaign.

The actual charges Danchenko might face have not been revealed.

In July 2020, Danchenko was revealed to have worked for Christopher Steele’s Orbis Business Intelligence on the research and production of the 2016 Trump–Russia dossier.

SCOOP: The arrest of the analyst, Igor Danchenko, is part of the special counsel inquiry led by John H. Durham, who was appointed by the Trump administration to scrutinize the Russia investigation for any wrongdoing. https://t.co/6U7WhlaKbY

“Igor Danchenko, a Russia analyst who worked with Christopher Steele…was taken into custody as part of the Durham investigation.”

Igor Danchenko, the key “sub-source” and “primary researcher” for Christopher Steele, has been arrested. https://t.co/2QNaTbHArk