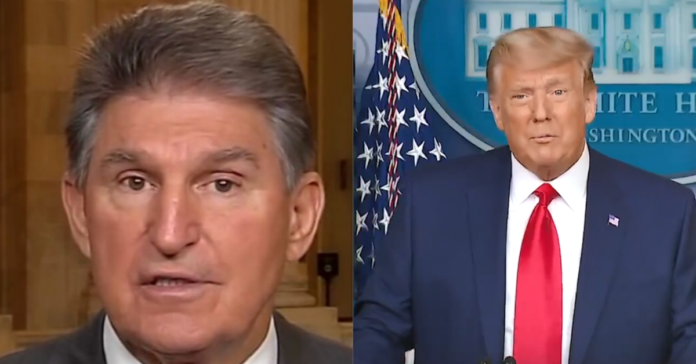 Joe Manchin will soon be the most powerful man in Washington D.C and everyone in the town knows it.

But what is rare s that he is one of the rare politicians who actually deserves it to have such enormous power at such a critical moment.

Manchin is a straight shooter full of common sense not hysteria and he is one person in Washington who knows both sides have good arguments and ideas and he is willing to reach across the aisle to get things done.

Many think if the Dems move too far to the left under Biden, Manchin would switch sides to give the GOP control of the Senate as a hedge against bad policy overreach.

We will see what happens, but he put Pelosi on notice by going on Fox News and telling the Dems in the House the votes to convict in the Senate are not there so this impeachment is ill-advised.

“I don’t see any of that because there will still be 48 Democrats until we seat Warnock and Sen. Ossoff,” Manchin said.

“So, until that happens, you need 67 votes. I think, my arithmetic, that means we have 19 Republicans. I don’t see that,” he said.

“And I think the House should know that also. We have been trying to send that message over.”

“They know the votes aren’t there.”

“I think this is so ill-advised for Joe Biden to be coming in, trying to heal the country, trying to be the president of all the people, when we’re going to be so divided and fighting again,” Manchin said.

“Let the judicial system do its job.”

“We’re a country of the rule of law.”

“That’s the bedrock of who we are.”

“Let that take its place. Let the investigations go on.”

“Let the evidence come forth, and then we will go forward from there.”

Manchin tells @BretBaier that impeachment right now is “so ill-advised” and that the House “knows the votes aren’t there” in the Senate.