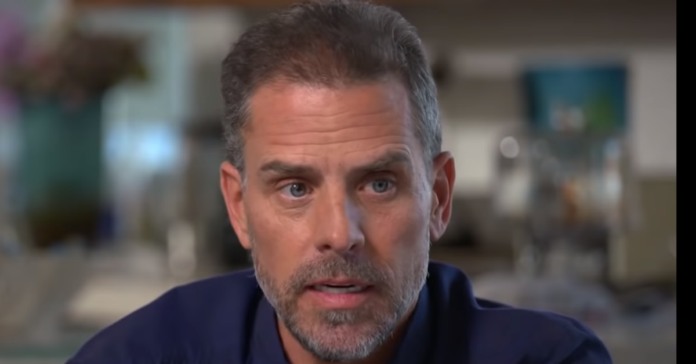 Hunter Biden will break his silence and is scheduled to speak tonight before his father officially accepts the Democratic nomination for president.

Talk about a lot of pressure although it is quite possible it will be taped to avoid a total meltdown in front of the nation.

Look, the polls are tightening and the Democrats are terrible at politics and Biden is one gaffe away from sinking his campaign. So if Hunter goes live it is a huge gamble, we shall see what happens.

From Fox News: Joe Biden’s son, Hunter, whose work history while his father served in public office has come under heavy scrutiny, is scheduled to speak on the final night of the Democratic Convention after largely avoiding public events during the campaign.

Hunter Biden has been a favored target of the president and his relection campaign due to his past dealings in Ukraine and China. His personal life has also been a distraction for the Biden campaign, which has seen headlines over his reported history with drugs and a child support case resulting from an affair.

According to convention organizers, Hunter Biden will speak along with his sister, Ashley Biden, just before their father takes the stage to accept the Democratic Party’s nomination.

President Trump and his supporters have often repeated the slogan, “Where’s Hunter?” highlighting the son of the Democratic nominee’s notable absence throughout the impeachment inquiry and his father’s campaign.

The Trump campaign plans to release a digital ad focusing on Hunter’s dealings with China while his father was vice president, suggesting he used his father’s position for personal profit. Hunter Biden has denied wrongdoing.

Part of the ad, which will run on YouTube, shows a reporter asking Hunter Biden if negotiations for a joint investment fund with a Chinese bank took place during a 2013 flight with the vice president for a Bejing trip they took together.

Congressional Republicans are currently in the middle of conducting their own investigation into Burisma and its affiliates, subpoenaing thousands of documents from the companies in hopes of finding evidence of corruption between its executives and Hunter Biden.

GOP Sen. Ron Johnson of Wisconsin alleged in March that Blue Star Strategies, a firm that represented the interests of Burisma in the United States, “sought to leverage Hunter Biden’s role as a board member of Burisma to gain access to, and potentially influence matters at the State Department.”

Joe Biden has repeatedly denied any improper arrangement between him and his son and has attacked the GOP for the investigation in the wake of Beau Biden’s death from brain cancer in 2015.

But even as Democrats have dismissed the GOP’s attacks on Hunter Biden as nothing more than a partisan conspiracy theory, the Biden campaign has gone through great lengths to keep him as far away as possible.

No member of the Biden family attended their wedding, which was held in secret last year. In December of last year, a paternity lawsuit emerged between Hunter Biden and Lunden Roberts, a former Washington stripper who went by the name “Dallas.”

Trump has taken notice. On Wednesday, his campaign announced, as part of its digital advertising effort during the Democratic National Convention, that it would air a two-minute online clip highlighting Hunter Biden’s business dealings with China.