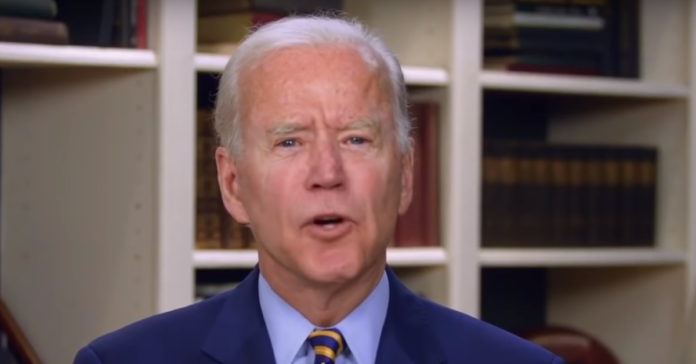 Joe Biden proved again he is not ready for prime time during a key fundraiser with Elizabeth Warren. The Dem Senator is still in the running for Biden’s coveted VP spot.

Most think Joe will pick an African-American woman but Warren showed Biden what she can do well – raise money. The virtual event raised $1.5 million and was viewed by 40,000 people.

But there is nothing Liz or the other Dems can do about Biden’s inability to deliver key lines at key moments – he is not dynamic or exciting or memorable – which may doom in the debates with Trump. “Folks, as my coach used to say, ‘It’s go to time,’ Joe Biden flubbed before correcting himself with “It’s go time. Now.”

He essentially said to donors, “I told you so” after foreshadowing President Trump, his general election opponent, could “try to kick back” their contest somehow. Trump this week floated the possibility of postponing their fall clash.

“Remember, this president went so far to say what I warned he would say four months ago: He thinks maybe we should delay the election,” Biden said. “Be prepared. Be prepared. It’s going to be a tough road.”

Biden also slammed Trump’s response to the coronavirus pandemic, describing Dr. Stella Immanuel as “some charlatan woman, who is something like out of a movie, a bad movie.”

Immanuel earned Trump’s favor for touting hydroxychloroquine, an anti-malaria drug, as a cure for the coronavirus. But after the video of her advocacy for hydroxychloroquine went viral, social media platforms removed it for being in violation of their misinformation polices.

Immanuel was also widely mocked after it was reported that she once claimed that alien DNA is included in medicines and that gynecological problems can be caused by people having sex with demons in their dreams.

Warren, a senator from Massachusetts, joined Biden for the question-and-answer portion of the gathering. Referring to her ex-competitor deferentially as “Mr. Vice President,” she promised she’d “be right there with” him for the rest of the cycle.

Her appearance coincides with Biden’s vice presidential search entering its final stage. He’s set to announce his pick in the first week of August, and Warren remains on his rumored shortlist, with the pair speaking every 10 days or so.

Warren said we have over 40k people on the call for the Grassroots Fundraiser with Biden???#VPWarren #WarrenDemocrats? pic.twitter.com/S7dg28ZpcZ