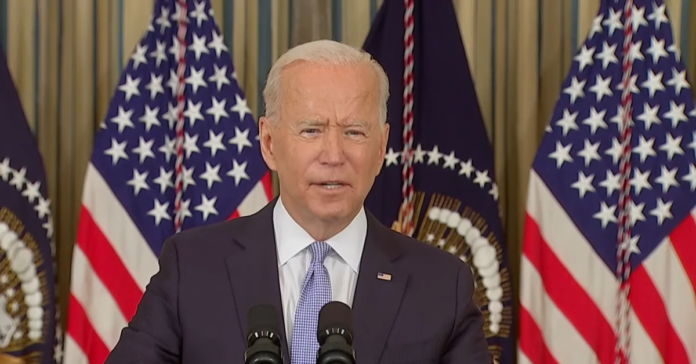 Joe Biden just made his move to save DACA, the Deferred Action for Childhood Arrivals (DACA) policy, after a Texas court found Obama’s infamous program unlawful. The Department of Homeland Security announced they have a new rule that will “preserve and fortify” the DACA program by trying to address the concerns the judge made in his ruling.

“The Biden-Harris Administration continues to take action to protect Dreamers and recognize their contributions to this country,” Homeland Security Secretary Alejandro Mayorkas said.

“This notice of proposed rulemaking is an important step to achieve that goal. However, only Congress can provide permanent protection,” Mayorkas said. “I support the inclusion of immigration reform in the reconciliation bill and urge Congress to act swiftly to provide Dreamers the legal status they need and deserve.”

A federal district judge in Texas ruled in July that the 2012 DACA program violated the Administrative Procedures Act.

On June 15, 2012, the U.S. Department of Homeland Security (DHS) established the Deferred Action for Childhood Arrivals (DACA) policy. The policy—which describes the Secretary of Homeland Security’s (Secretary’s) exercise of her prosecutorial discretion in light of the limited resources that DHS has for removal of undocumented noncitizens—directed U.S. Citizenship and Immigration Services (USCIS) to create a process to defer removal of certain noncitizens who years earlier came to the United States as children, meet other criteria, and do not present other circumstances that would warrant removal. Since that time, more than 825,000 people have applied successfully for deferred action under this policy.

On January 20, 2021, President Biden directed DHS, in consultation with the Attorney General, to take all appropriate actions to preserve and fortify DACA, consistent with applicable law.

On July 16, 2021, the U.S. District Court for the Southern District of Texas vacated the June 2012 memorandum that created the DACA policy and what the court called the “DACA program,” and it permanently enjoined DHS from “administering the DACA program and from reimplementing DACA without compliance with” the Administrative Procedure Act (APA).

However, the district court temporarily stayed its vacatur and injunction with respect to most individuals granted deferred action under DACA on or before July 16, 2021, including with respect to their renewal requests.

The district court’s vacatur and injunction were based, in part, on its conclusion that the June 2012 memorandum announced a legislative rule that required notice-and-comment rulemaking.

The fate of Dreamers has been in limbo for years. Former President Trump sought to terminate the DACA policy in 2017, but it remained hung up in the courts after it was ruled the administration did not properly move to do so.

President Biden signed an executive order upon taking office to strengthen the program, but officials have acknowledged Congress must enact a permanent fix.

Those efforts took a hit this month when the Senate’s parliamentarian, Elizabeth MacDonough, ruled against Democrats’ plan to provide 8 million green cards as part of their $3.5 trillion spending bill, dealing a significant blow to the party’s immigration reform chances.

The Biden administration has released a plan to shield hundreds of thousands of immigrants who came to the U.S. as young children from deportation. It is the latest maneuver in a long-running drama over the legality of the DACA program. https://t.co/7RWebRHatt