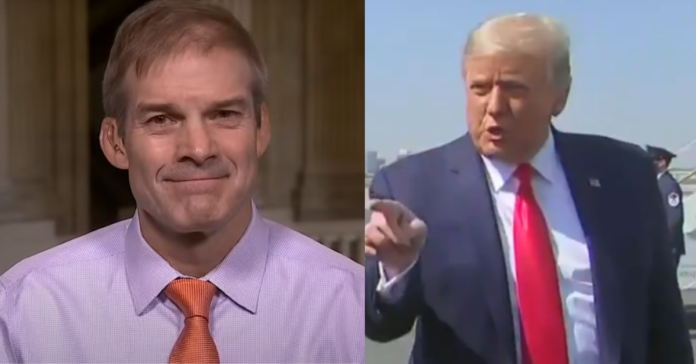 Representative Jim Jordan and Representative James Comer have just shocked the world and called for immediate Congressional investigation into the 2020 election.

Comer wrote, “The 2020 election was full of chaos. Congressional oversight is needed for the American people to have faith in the integrity of our election.”

He added, “Rep Maloney and Rep Jerry Nadler, do your jobs and call a hearing.”

The GOP does not have the majority in the House but they did flip at least 12 seats in a red wave that shut down Pelosi’s dream of a massive and flexible majority.

The slim lead they have in the House is made from a shaky caucus that could fracture at any moment and with the GOP taking a decidedly pro-working class family approach (thanks Trump) you can expect to see some Dems break from Pelosi and the establishment and join some GOP members to get leverage on critical bills in the future.

DC is about power and Pelosi will have to share power this term and while anything can happen don’t bet on the hapless Jerry Nadler or even the Republicans in the Senate from following through on this right now.

Representatives for Nadler and Maloney did not immediately respond to Axios’ request for comment.

The bottom line: Though Trump still has not publicly conceded the election, his path to overturning election results is looking more and more narrow.