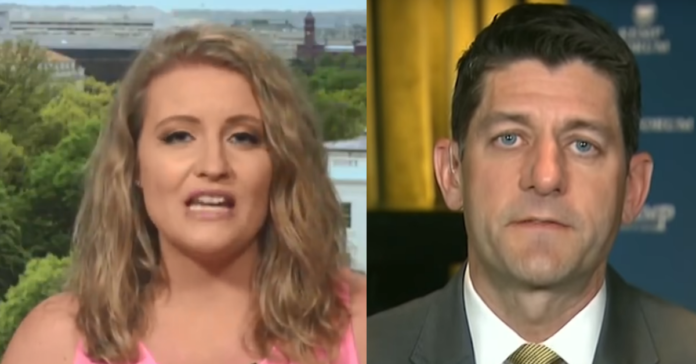 Jenna Ellis mocked Paul Ryan after he had some harsh words for President Trump, his legal team and his legal strategy.

“I think maybe even more important is that these legal challenges to the outcome and the attacks on our voting system really need to stop, in my opinion,” Paul said.

“I know firsthand what it’s like to lose a national election, and it is a terrible feeling. It is not pleasant, and I know there are a lot of people in this country who are really disappointed.

“But I think it’s really important that we’re clear about this, which is the mere fact that the president’s lawyers throw these sort of baseless conspiracy theories out at press conferences but offer no evidence of these in court tells you that there is not the kind of widespread voter fraud or systemic voter fraud that would be required to overturn the outcome of this election,” Paul said.

Two of the justices were open to their argument about needing a state amendment to increase mail voting but they said had to bring this before the election.

They pointed out that two elections have been held under the new system without any challenges and that the GOP legislature voted for the new rules.

Ellis said she will take the case to the US Supreme Court.

As President Trump would say… Don’t be a cutie pie, Paul Ryan.